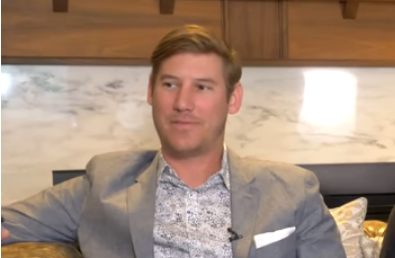 A lot happened on the recent episode of Southern Charm where the gang went to Colorado. It was obvious Madison and Austen were flirting with each other. That hug in the kitchen lasted a little long. Now Austen Kroll is saying a little bit more happened while they were in Colorado. According to Cheat Sheet, Austen admitted they hooked up.

What Caused The Big Southern Charm Breakup Between Madison and Austen?

The reason Austen Kroll and Madison LeCroy’s relationship imploded was infidelity. There were two women at Austen Kroll’s house and LeCroy showed up to confront him. One of the women filmed the incident on her phone.

Madison LeCroy is yelling at Kroll in his living room while he stands in his boxers. When one of the women says they didn’t sleep with him, she asks why their panties are in his room. That wasn’t the only incident and both sides seemed to have a hard time trusting each other.

LeCroy told Andy Cohen after this happened she gave herself a hall pass to do whatever she wanted.

Austen says he doesn’t really know what happened with him and the two women. He claimed he was, “out of his mind and had no clue.” One can assume he had gotten very drunk, but it’s not clear when you watch the video.

The Colorado Trip Gave Them Time Together To Reconnect

Kroll said he had been nervous to see her because the trip was the first time in a while. He said they talked a bit but hadn’t seen each other that much. Austen then told US Magazine that they, “ended up in bed together,” on the trip with their Southern Charm co-stars. Of course, Austen isn’t letting the cat out of the bag that easily. Kroll said, “there is so much left of the season where so much happens. You haven’t seen the last of Austen and Madison.”

A recent picture of the two of them on Craig Conover’s Instagram story had fans wondering if the Southern Charm stars really were back together. The rest of this season is sure to be interesting for the hot and cold couple.

Make sure you don’t miss the new episodes of Southern Charm on Bravo.