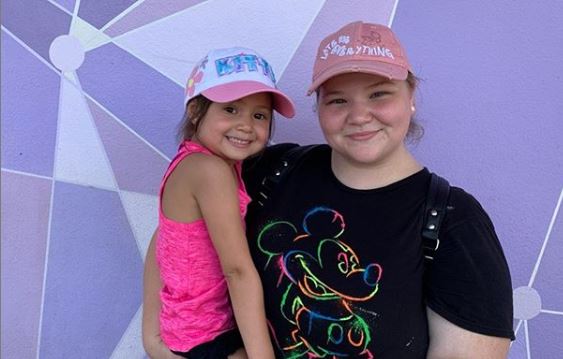 The fans of 90 Day Fiance: Happily Ever After? have wondered if Nicole Nafziger and Azan are still together. There are a lot of rumors that they are over. Some of these even came from her family. Nicole has been talking on her Instagram and shared an update on the couple.

90 Day Fiance stars Nicole and Azan have been through a lot over the years. Nicole recently talked on Instagram and shared that they are still not married. She has been around him and they are still dating. The thing is for some reason they still haven’t taken it to the next level and tied the knot. Fans are starting to wonder if they ever will get married.

Nicole said, “I [don’t know] where this is coming from. Make sure when you read articles, you check when it was posted. Sometimes old articles circulate. We are still happily together.”

She also went on to say, “I really don’t know [why those rumors have spread]. I haven’t seen any articles [saying we’ve split]. I bet someone just said it and kept spreading it. But can we just take a moment and say how crazy it is with how many articles there are about me in the last couple years.”

Why is she still with him?

Nicole explained that she stays with Azan on 90 Day Fiance because she loves him. She made it clear that she thinks they will stay together. Nicole doesn’t feel like distance is a reason to give up on a relationship. At some point, you would think they would end up together and married, though.

She also said that she doesn’t send him money on a regular basis and Nicole still calls him her fiance when talking about him. They are going to start their own YouTube channel, so maybe she thinks that will get them a bit of income. She has made it sound like the wedding will happen in Morocco when it happens. You never know where these two will end up living. It is all going to depend on where they are allowed to live once they tie the knot.

Are you happy to hear that this couple from 90 Day Fiance: Happily Ever After? is still going strong? Share your thoughts in the comments. Don’t miss new episodes on Sunday nights on TLC.

‘Live Rescue:’ Will A&E Resuscitate The Series After The Pandemic?
‘Sister Wives’: Is That Gwendlyn Brown’s Girlfriend?! [Pic]
Julie Chrisley Dishes: Who Is Her Favorite Person To Cook With?
My 600-Lb Life Star Angela Gutierrez: 2021 Update
Kendra Caldwell’s Family Hides Newborn Baby, But Why?