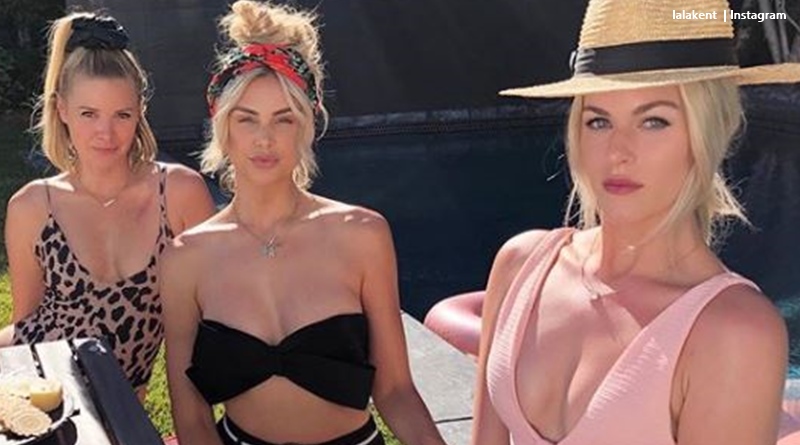 Vanderpump Rules fans know the rumors do the rounds that the Bravo show brings new cast members next season. At the same time, it looks like Lisa Vanderpump may take a bit of a step back from the show. Now, nobody currently on the show reacted to the rumors. However, it seems that Lala Kent may have dropped a hint that the new season could feature Dayna Kathan.

Rumors of new cast members coming to the show arose mid-July. In fact, an insider source told Hollywood Life that changes were anticipated. According to their report, “the entire Vanderpump Rules cast is on edge after learning that new costars are joining this season. As a source close to the show put it, everyone’s “bringing their A-game” when it comes to keeping things interesting and focused on their storylines.”

Of course, new rumors also came out that there may be a future spinoff for Ceasar Palace as well. So, we don’t know if new cast members pertain to that or the next season of the regular show. However, it looks like it’s the regular show. That’s because Lisa seems committed elsewhere. TV Shows Ace reported on a snippet from the article. We noted their source said, “You… won’t see Lisa Vanderpump as much as previous seasons — she’s been filming a lot less, mainly because she’s so busy with Vanderpump Vegas and Vanderpump Dogs. Plus, she really wants to open a new restaurant or have a plan in place this year. ”

Over on her Instagram, Lala posted a photo of herself and Ariana Madix at the pool. Sitting alongside them was someone we don’t know from the cast. Now, every time we see VPR cast out with strangers does not mean there’s a  new castmate in the show. However, it’s the caption that roused interest by Vanderpump Rules fans. She captioned it with, “Two OG’s & our new bad b*tch 👌.”

Of course, some fans mocked Lala a little bit, as she’s not exactly the longest-serving OG. Faith Stowers remains fresh in our memory and Lala Kent came in after her in Season 4. Anyway, that aside, she’s part these days and worked hard to remain relevant. However, fans picked up on the new face and asked if Dayna Kathan’s a new cast member. Well, no reply to that one came back.

Little’s known about Dayna, other than she shared the same photo on her own Instagram. While there’s no job description on her account, she seems to be involved in standup comedy. In her feed, there are shots of her on the stage at places like The Ice House. As one fan noted, it’s “crazy comedy stuff.” Apart from that, it’s interesting that  James Kennedy, Ariana Maddix, and Raquel Leviss follow her on IG. Another odd sort of reference to Dayna shows up on an IMDb search. Not the most trustworthy of sites, it nevertheless features her name. And, it’s not as a comedian. According to the single update there, it lists her as  “Known for Vanderpump Rules 2019.”

There’s another telling post – did we blink and miss Dayna on VPR?

In July 2018, (a year ago), Dayna shared a photo on her Instagram. In that, we see James Kennedy and Tom Sandoval. Did we blink and miss something? After all, she posted in her caption, “This season on Vanderpump Rules…amazed at how genuinely sweet and down to earth this motley crew is!”

While the next season never got officially announced yet, we know Jax and Brittany’s wedding’s part of it. Plus other cast members mentioned filming for it. Will Dayna Kathan feature as a new cast member? Certainly, Lala Kent seemed to hint as much. Did she ever appear in the past? What do you know about it, if anything? Sound off your thoughts in the comments below.