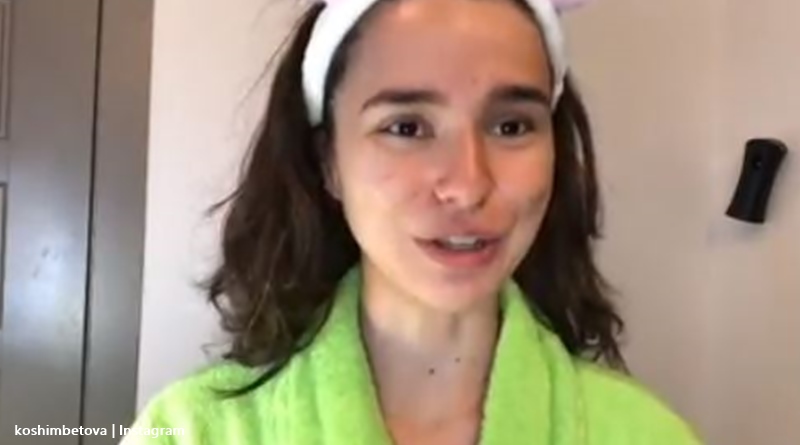 90 Day Fiance fans couldn’t wait for Olga to arrive in America, but eventually, she did. Since then, both Steven Frend and Olga post up Instagram Stories. They share photos of them out and about with their active little boy Alex “Richie.” Actually, Richie’s growing into a very Instagram-ready toddler and really looks very cute. But, now with Steven away at work, Olga seems a bit “stuck-at-home” and needing some company.

Just the other day, one of their Instagram Stories showed Olga trying to learn to drive. Steve shouted encouragement, as she tentatively drove around. It’s obvious that people who come to America from elsewhere find transport around town a bit lacking. Even Larissa Lima mentioned she can’t really get a job yet until she gets a drivers license. For Olga, relying on public transport seems a bit of a mission.

Taking to her Instagram Stories Friday night, she wrote, “People, what are you doing all day when you are not working? I want to go somewhere when Steven will go to work after 5-6 pm.” But she adds that the bus stops running at 7 pm. “I just stuck at home,” she says rather sadly to 90 Day Fiance fans. Now, don’t leap to the conclusion that she’s not spending time with Richie. She elaborated further, saying, that she wants to go somewhere “because of Alex.” She explained that Alex (Richie) is more used to being outside.

Olga ‘stuck at home’ and fans obviously responded to her

Later on, in the same post, Olga said that she will look into mom’s groups. That sounds like something fans suggested, as she thanked people who messaged her back. Well, we know that Steven works somewhere, but we’re not sure where exactly. While he spends a lot of time advocating for medical marijuana online, it’s not clear if he actually earns anything from that. Plus, more and more these days, the 90 Day Fiance star advocates for all things green.

Often, American’s will get their child into some kind of childcare, especially if both parents work. However, Olgas not working and while she loves her little boy, she comes across as a bit lonely. Being out and about with Alex is one way she could meet other moms, after all. Unfortunately, if Steven’s at work, then he can’t be her sole source of company. So, hopefully, Olga will get in touch with a mom’s group.

Back in June, Steven shared photos of him showing Olga around Downtown Annapolis. The 90 Day Fiance couple looked very happy together. Also, another photo showed them enjoying skate day in Maryland. In July, Olga posted video footage of her walking around New York City. Again, she’s smiling and happy. It seems when weekends and getting out with Steven come around, she’s happy. So is little Richie, who loves playing with his dad. But, at the end of the day, staying in an apartment with no transportation, very far from immediate family, and no company can be a sad place. Plus, Ogla’s probably homesick for Russia as well.

Hopefully, Olga finds a solution soon. What do you think of Olga sounding stuck in the house and nowhere for Richie to really explore the outdoors? Do you hope she finds a mom’s group? Do you think company other than Steven Frend would be the best thing for her? Sound off your thoughts in the comments below.