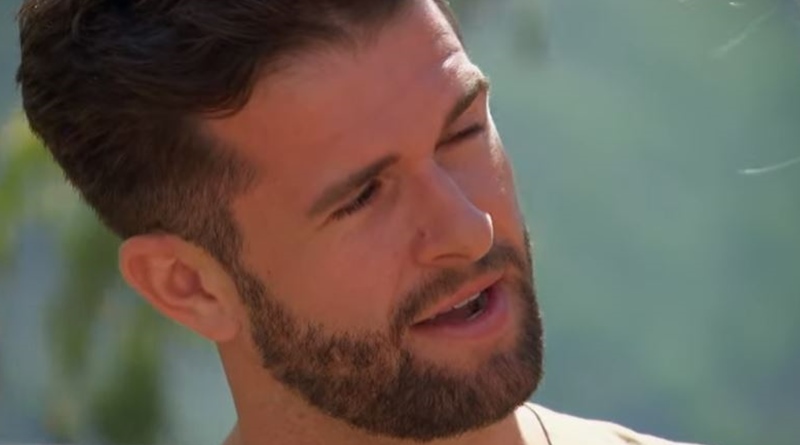 The Bachelorette fans know that before going on the show, Jed Wyatt planned it just to help boost his music career. We heard him honestly open up about that to Hannah B. It turned out he had a relationship before joining the show, and his now ex – Haley Stevens has been very vocal about him “cheating” on her. But, on his social media, he never really spoke about it. Now, the host of the show, Chris Harrison’s giving him a chance to have his say.

The Bachelorette contestant will be pushed in the Finale

While Haley Stevens, who Jed allegedly dated for around four months has plenty to say, Jed’s been quiet so far. However, this could all be about his contract with the show. Controversy swirled as Haley repeatedly said that they had an understanding that he would return to her after the show. According to US Weekly, she expected him to get into the top five contestants and then return to her. However, he never contacted her.

TV Shows Ace reported on it. “It seems like she didn’t mean for all of this to go public. She was doing fine and working through it herself. Then, she eventually came out and told everyone about her relationship with Jed. In an E!News  interview, she said, “Honestly, I never planned on opening up about any of this. I planned to keep my head down and get through it.” We also reported that Jed allegedly “ghosted” on her and it ended up in an awkward encounter in Nashville. Whatever happened, we’ll get to hear Jedd’s side of the story, says host Chris Harrison. He intends to push him in The Bachelorette Finale to put his version out.

With so much drama, and Haley taking center stage over all the allegations, could it be for her career? After all, if Jed used the show for his career, why not Haley? Speaking to US Weekly, Chris noted, “She seems like a wonderful woman. She seems like she also has her own career in mind too…I know she also wants to be a singer-songwriter.” Someone has a motive, or in this case, two people may have motives, and it’s hard to make a judgment when only one side’s getting the publicity, after all.

Chris notes that the Bachelorette contestant’s attitude is, “If you sign on with me, you’re signing onto this life,” So, Chris feels we all need to have Jed speak out. In fact, he noted, “I can’t wait to hear what he has to say. I want him to have his say. I know there’s been a lot said. There’s a lot of rumors and stories flying around.” So, it would be fair to have Jed speak out before people “judge.” Harrison wants critics to “take it easy for a second, and take a step back. Give him time and then let’s see where it all falls.”

Live answers put Jed in the spotlight over cheating allegation

People reported the“upcoming finale and After the Final Rose live special will give the 25-year-old Nashville-based musician his first chance to speak out since his ex-girlfriend told PEOPLE in June that they were still in a relationship when he left to begin filming the show.”

That’s going to be interesting for Harrison and for fans of the show. Live is different from playing the role. Being in the spotlights’ going to bring some interesting answers, hopefully.

What do you think about Jedd Wyatt getting the opportunity to have his say on his ex-girlfriend, Haley Stevens? Do you think she’s making a big drama to further her own music career? Are you excited to watch the special and find out Jedd’s side of the story? Sound off your thoughts in the comments below.

‘Star Wars: The Bad Batch’ Big Problem Solved, Rex Returns
Is It Too Late For Jill & Jessa Duggar To Sue Josh For 2002 Molestations?
Todd Chrisley Talks About People Who Stab Him In The Back
Fans Love Dean Unglert’s Sweet Birthday Tribute To Caelynn
A Big Duggar Announcement Could Be Coming Soon – What Is It?