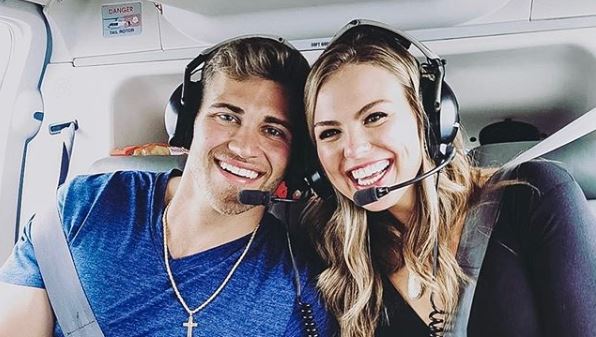 Luke Parker has caused quite a stir this season of The Bachelorette. On last week’s fantasy suite episode, Hannah finally had enough and understood why all the other contestants were warning her about Luke. Instead of sharing the fantasy suite with him in Santorini, Hannah struggled with walking Luke out and getting him into a limo to leave for good.

Mike Parker speaks out about Luke’s portrayal on The Bachelorette

As George Michael’s popular song says, “You Gotta Have Faith.” In addition, it’s also really great to have your brother’s back. Luke’s supportive sibling, Mike Parker, has been speaking out on behalf of his brother. He has a lot to say to ABC.

Mike told Fox Nation, “[Our family] followed the spoiler accounts after Luke had left, and everything seemed like sunshine and roses to us. And then Hannah actually came for the hometown date, and that’s the first that we heard that things weren’t going well and the guys in the house didn’t like him. That’s when we kind of took a second guess of, ‘Hey, maybe things aren’t going the way we thought they were.’” This was also the first chance they got to talk to Luke.

Mike explained that Hannah’s Christian faith made an impression on Luke when he watched her compete on Colton Underwood’s season of The Bachelor earlier this year. Hannah Parker, Mike’s wife, sent in an application for the ABC reality dating series on her brother-in-law’s behalf, and Luke ended up becoming one of the final  33 suitors. Luke actually made it to the final four.

Unfortunately, the Parker family is disgusted with how the show portrayed Luke. “I do believe that they have attacked him because he’s made a bold stance for his faith,” Mike claimed. “He’s been a man of faith on that show, and I believe all season long they’ve pinned those names on him, they’ve pinned those labels, because of his stance for his faith.”

Mike complained that “a lot of the guys” who were eliminated afterward got to discuss their journey on The Bachelorette. Instead of giving Luke this opportunity, former Bachelor Nick Viall and former Bachelorette Rachel Lindsay were brought on ABC to discuss what a horrible person Luke was and how they don’t want a man like him representing their Christianity.

Mike Parker feels ABC intentionally edited important segments of the show that indicated early on Ms. Brown shared the same beliefs about sex that his brother had. “Leaving out those conversations makes Luke look judgmental and controlling when they talk about s*x,” he said.

Mike continued to blast ABC, “On Monday, the Men Tell All is coming out. Luke basically gets ambushed there. They have an agenda. They’ve had an agenda all season long about a narrative that they want to play about Luke,” he claimed. “They’ve manipulated conversations, they’ve manipulated interactions, they’ve left conversations out to basically climax here at the Men Tell All.”

As an example, Mike alleged that Luke and Brown were “on the same page” about sleeping together before marriage. He says they talked about it during an unaired conversation in his hometown of Gainesville, Georgia. Mike pointed out that Luke was called “a slut-shamer, a misogynist” online after his televised argument with Brown. This conversation led to his elimination on the Monday, July 15, episode. He further alleged that the former Miss Alabama USA called Luke “the embodiment of toxic masculinity” during the recent Men Tell All taping.

Mike feels like they turned Luke into a character

“That’s the Luke P. character that ABC created. That is not Luke Parker, my brother,” Mike said. “That’s not the person that he is, and I would tell America that, that this person that they’ve seen labeled as a liar — an evil, pathological liar, narcissistic, all these keywords they’ve been pushing all season — are a fictitious character created by ABC.”

Of course, all reality shows do a bit of editing. Luke did say what they aired, but they may have left a few things out. On the special called The Bachelorette: The Men Tell All, he will get his chance to share his thoughts. Luke spent two hours talking to Chris Harrison. Of course, all of that won’t air.

At this time, ABC has not returned a comment. What are your thoughts on the Luke situation?  Make sure you don’t miss new episodes of The Bachelorette on Mondays on ABC. Next week, Luke gets his chance to talk on The Men Tell All.