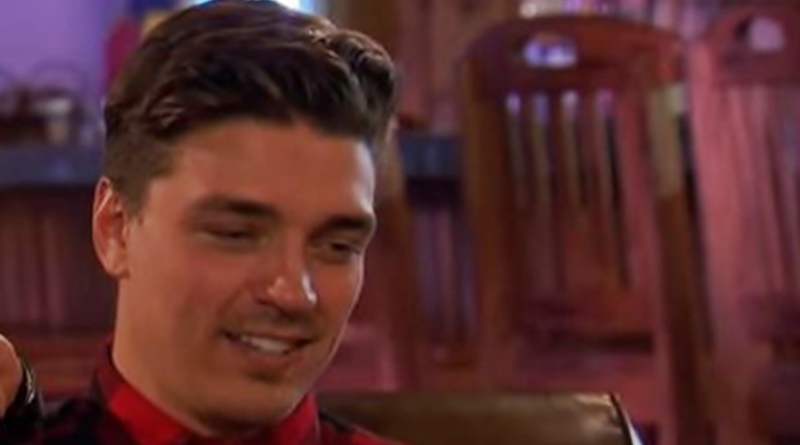 Bachelor in Paradise star Dean Unglert feels he had his best filming season yet. He spoke on the Help! I Suck at Dating podcast, saying he always drank during the taping of reality shows in the past. However, in the latest one, he remained sober. However, he never went so far as to address the rumors that he’s dating Caelynn Miller-Keyes.

Bachelor in Paradise rumors around Unglert and Caelynn Miller-Keyes

Fans of The Bachelor can recall that Caelynn Miller Keys featured on Colton Underwood’s show in January. US Weekly reported that a source told them the couple’s dating. They wrote, “An insider told Us Weekly on Tuesday that the pair are “together, but are taking it slow.” However, on the podcast, Dean could not be drawn on committing to those rumors.

Unglert said on the podcast, “I’m not saying whether I am in a relationship now or I’m not, but I went on the show with zero intention to leave the show in a relationship.” According to him, he’ was actually “fighting” to stay out of a relationship. Well, maybe they actually became interested in each other, but he’s just looking to delay taking things too fast. The thing is ABC doesn’t want him revealing spoilers.

Staying sober during the taping for BiP

The veteran show first appeared on season 13 of The Bachelorette to vie for the heart of Rachel Lindsay. After that, he also featured on Bachelor Winter Games, ending up with Lesley Murphy. However, they later split, and ENews reported on it. They noted that Dean posted to his Instagram, “Love takes work. Love is compromise. Love is earned. I still have a lot of work to do on myself, a lot to prove to myself, before I’m ready for something like that.”

Maybe it all came about that he could not really get into the Bachelor love thing because he drank. People noted he said, “For the first time in all four seasons, I’ve stayed completely sober the entire time.” Unglert, notes that it’s “a challenging thing, in that circumstance, because you get bored a lot, all you wanna do is drink, your friends are drinking, all you wanna do is join them.”

Unglert’s proud to watch himself sober

The podcast also revealed that for Dean, it feels exciting “to watch it back.” It makes a change for him not have to worry about doing and saying “stupid things on camera.” This time around, while he did do some silly things, at least he feels “100 percent better this time.” So, it looks like staying sober might be a new direction for him. At least if a person’s sober, they can make intelligent decisions.

What do you think about Dean Unglert remaining sober during filming? Do you think he’s really dating Caelynn Miller-Keyes? Maybe they just plan a slow approach to a long-term relationship. Sound off your thoughts in the comments below.

Remember to check back often with TV Shows Ace for more news about the Bachelor Nation franchise.