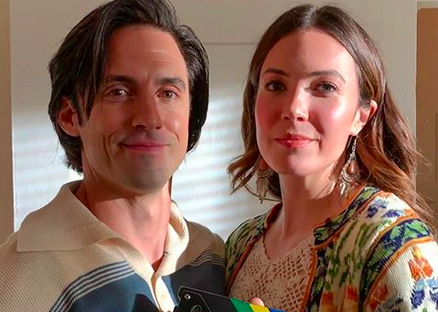 If you are a fan of NBC’s This Is Us, you are fully aware of the pure talent on the show. In every episode of the show, viewers are blown away by the cast’s performance. Because of this, it’s no surprise that the cast is being recognized for their talent.

Mandy Moore has received her first Emmy Award nomination for Outstanding Lead Actress in A Drama Series. On the show, she plays Rebecca Pearson.

In addition to Moore’s nomination, a couple of other stars were nominated. This includes her co-stars Sterling K. Brown and Milo Ventimiglia. Both of their nominations are for Outstanding Lead Actor in a Drama Series. Both Brown and Ventimiglia have been nominated in the past.

There are even more nominated This Is Us stars too. This includes:

In addition, the show itself is also in the running for three different awards, including Outstanding Drama Series.

This Is Us star Mandy Moore reacts to Emmy nomination

Moore was actually at a SoulCycle spin class when the Emmy nominees were announced. She talked to ET Online about what happened after her class. She said, “I had, like, 65 text messages and I thought, ‘Oh no, did the show not get nominated and people are bummed out and they’re reaching out to say I’m sorry?’ I opened the first one from my husband and it just said, ‘You did it.’ And there were, like, 10 exclamation points.

Also, in an interview with Deadline, Moore talked about the nomination. In the interview, she describes her feelings, saying, “It hasn’t sunk in. Not sure if it ever will. I’ve never dreamed of something like this. I’m really blown away. To say this is unexpected is a huge understatement.”

Even though Moore is surprised that this happened, all of her fans know that she definitely deserves the nomination. Because of this, fans are hopeful that the awards will be a success for This Is Us and its amazing cast.

So, what do you think of Mandy Moore receiving an Emmy nomination? Are you surprised to hear about her nomination? Leave a comment below!

This Is Us returns to NBC this fall for Season 4.