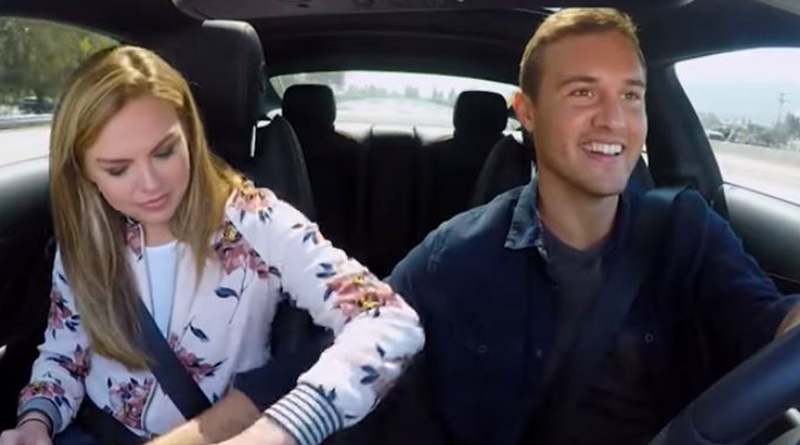 The Bachelorette now has two girls that are saying that they were dating one of the guys on the show before they joined.  These are Calee Lutes and Haley Stevens. Haley dated Jed Wyatt before the show, and Calee dated Peter Weber. Now, both of them feel heartbroken as the show split them from their men. However, Nick Viall and Tanner Tolbert both defended Peter.

The Bachelorette‘s Peter Weber broke it off before the show

ET Online noted that “in an email interview with ET, Weber’s ex, model Calee Lutes, is telling her side of the story — and claiming that he suddenly ended their relationship to appear on the ABC dating show. Her story comes on the heels of another woman, Haley Stevens, speaking out about her alleged relationship with another  Bachelorette contestant, Jed Wyatt.”

So, Pilot Pete’s in a bit of a hot seat now with fans of the show. Actually, there’s some comparison between the two men and their breakups. Nick Vialls speaks out about it, as does Tanner Tolbert. Both of them agree there’s a big difference between the way the men handled their former women. So, to allege they are the same, they feel, is incorrect.

Tolbert spoke to “ET’s Lauren Zima on Roses and Rose Live,” and said that Pilot Pete actually cut things off ahead of The Bachelorette. That’s’ very different from Jed, who kept the relationship with Haley going when he entered the show. The second point he ponders is that the two men had different relationships as well. Peter and Calee always had a “distance relationship.” They never actually dated physically, despite some plans Callee claimed were on the cards. He also broke it off with Calee months before filming even started.

On Jed, he felt the situation differed as he went on the show while still dating Haley. However, TV Shows Ace noted that Haley went along with dating, despite Jed giving her the opportunity to opt-out. After that, he never actually broke it off, but just ‘ghosted’ on Haley. “Haley said, “As it got closer to the end, I was preparing myself. I thought it probably wasn’t going to work out. But the hardest part is that he ghosted me. He loved me, but he didn’t have enough respect for me to have that tough conversation.”

Nick Viall was featured in Season 21 of The Bachelor. That came after he ended up as runner up in two The Bachelorette seasons. Taking to his Twitter, he also defended Peter. In as a string of threads, he noted, “Break-ups are almost always messy and rarely seen through the same lens by each party.” He added, “Final round of casting doesn’t happen until late Jan, so at best all Peter knew was the show was a possibility when he ended the relationship.”

Break-ups are almost always messy and rarely seen through the same lens by each party.

Final round of casting doesn’t happen until late Jan, so at best all Peter knew was the show was a possibility when he ended the relationship. #thebachelorette

In another tweet, he discussed how people always feel betrayed after a breakup. “She has her version, Pete has his. But 1 thing is clear. They broke up.” Yes, they did. He broke it off before he even knew he would feature on the show. Jed on the hand, allowed his relationship to continue and dumped Haley in the unkindest way.

People who get broken up with almost always feel betrayed

Everyone reading this text has probably broken up with someone they once said i love you to.

She has her version, Pete has his

But 1 things is clear. They broke up #thebachelorette

What do you think about Jedd Wyatt and Peter Weber both breaking up with girls to go on the show? Do you think Calee Lutes’ relationship was different to that of Haley Stevens? Sound off your thoughts in the comments below.