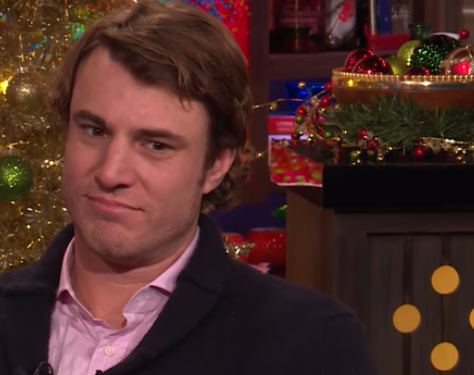 Talk about worlds colliding. Shep Rose from Southern Charm had Randall Emmett on his podcast! The two talked about Lala Kent from Vanderpump Rules, Emmett’s fiance, and how they met.

A Reddit user said, “Remember when Lala said that her Man was more important than the other partners and couldn’t be on the show ….. now this dude is everywhere.” He hit the nail on the head, ever since there was a rumor Lala and Randall were getting their own show, he is everywhere.

When Enough About Me with Shep Rose gets started, the host says they were hanging out with Lala Kent before the show. Shep says, “you guys said I love you to each other like a hundred times. I think this is going to work out.”

Once they get into producer Randall Emmett’s career he talks about how he got his start. Right out of college he met Mark Wahlberg and he became friends with him. After they were friends for a while he became Wahlberg’s assistant.

Over the years he helped Mark and it paid off when he started producing movies. Now he’s producing, Power, on the small screen and movies like Lone Survivor on the big one.

Randall Emmett asked Shep Rose how he got into Southern Charm after the host says he “fell into it.” He said he met Whitney Sudler-Smith, the producer and star of Southern Charm on a roof at a party.

After they had a great night of fun, Whitney told him about the show he wanted to make. He also told Shep he was just the kind of person he had been looking for.

Good Cop, Bad Paramedic. Coming to a theater near you. @caconover

Craig Conover and Shep Were In One Of Randall’s Movies

Shep Rose talks about how he played an ambulance driver in a movie with Bruce Willis. He had one line he couldn’t have been prouder of.

Craig Conover’s role, he said, became much more epic than his. Craig got to throw Bruce Willis a shotgun.

They filmed the movie in Cincinnati and shared some video to Instagram. According to Bravo TV, the movie is called Reprisal.

The two end the interview with a promise to do another movie together soon. The fans of Southern Charm and Vanderpump Rules would love if that happened.