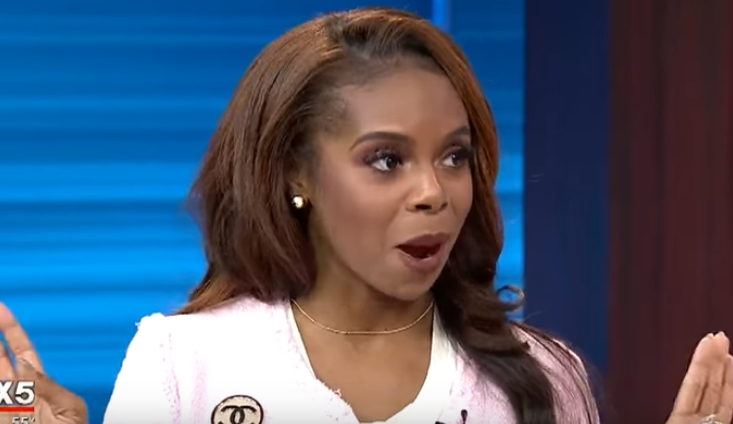 There’s nothing like the premiere of a new episode of Real Housewives of Potomac to bring back memories. For Monique Samuels and Candiace Dillard the memory brought back anger. They took to Twitter to restart the feud between them.

What Did The Real Housewives of Potomac Say To Each Other On Twitter?

Some of the highlights directly from the Twitter back and forth on Urban Belle Mag are summarized below.

The feud included lots of passive-aggressive pet names and well thought out insults. Monique says, “why are you bringing up old issues?” She also says, “sick and tired of being down for chicks that are only down for her when it’s convenient.”

The Real Housewives of Potomac star continues saying, “don’t make old issues, your storyline… karma is going to get you.” Candiace replies, “says the fake mannequin poised for any opportunity to look like Mother Theresa.”

After some more back and forth Monique says, “thank God I had enough restraint to not throw the butter knife.” This Real Housewives of Potomac feud is far from over.

What Are The Two Stars Talking About When Referring To Their Argument?

It all started with a Hoe Down co-star Katie Rost put on. News broke of Ashley’s husband having sexual assault charges filed against him. Candiace Dillard thought it was something she deserved for her past behavior. She mentioned karma which is something

Candiace, already angry at Monique because she didn’t back her, started the fight. She felt like Monique should have taken her side with Ashley Darby.

She called Monique a hypocrite and made her angry. Monique didn’t agree with the way Candiace treated Ashley and told her so.

Finally, according to Reality Blurb’s discussion about the clip, Monique told Candiace she would, “drag her pregnant and all,” and threatened her with a bottle.

After an episode in June, Monique stated she felt that her comments about Katie Rose were being twisted by Candiace. She said Candiace has been, “projecting her own issues onto others.”

It seems that these two have a hard time being friends and this last argument cuts deep. You can tell because they’re still trying to hash it out a year later.

In conclusion, there’s drama on Real Housewives of Potomac and in Twitter land. It’s just what we’ve signed up for.