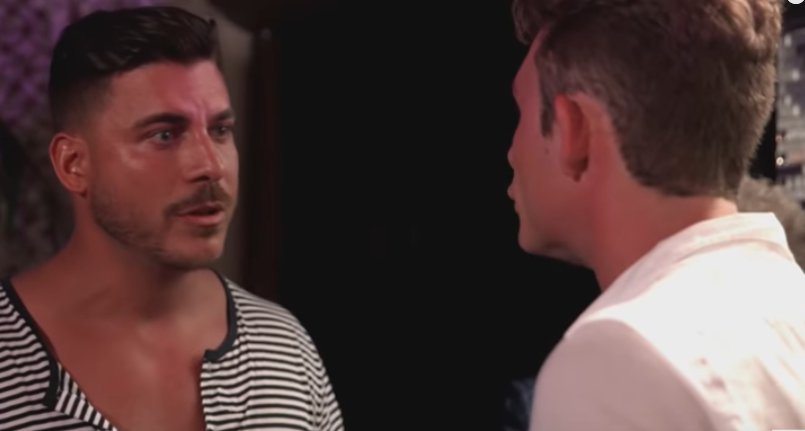 When new blood comes onto a reality show, it shakes things up. That’s what’s got Jax Taylor and the Vanderpump Rules stars scrambling. They are even making friends with former enemies.

The popular show is getting some new cast members according to an article on Hollywood Life and it’s got them shook. A source close to the group says, “everyone is bringing their A-game.”

With shows like Real Housewives of Beverly Hills letting go people that don’t connect with an audience, the panic is understandable. That’s why Jax Taylor invited his known enemy James Kennedy to his eighties themed fortieth birthday party. Now James didn’t get an invite to Jax and Brittany’s wedding.

What Does Jax Taylor And The Vanderpump Rules Crew Know?

In a word, the Vanderpump Rules crew knows nothing. They’ve been told there will be several new cast members coming on board.

There’s a rumor these new cast members will mostly be working at SUR, Lisa Vanderpump’s restaurant. It’s just speculation right now as the reveal probably won’t come until Season 8 has a release date.

Jax Taylor and the others have not been told who these people are. This understandably adds to the stress that they are feeling. James Kennedy and his girlfriend Raquel Leviss were invited to Jax’s birthday party as a result of this building stress.

Why There Was Bad Blood Between Kennedy and Taylor

The two stars have been battling with each other for some time now. Jax and his wife Brittany Cartwright had feuded with James on and off of the show.

Some of the highlights include James accusing Jax of leaking a video that showed James doing drugs. It was fake and James wasn’t in it, but he felt like Jax was out to get him according to Reality Blurb.

Next, during the reunion after some back and forth, James accused Jax of making a Twitter account under his girlfriend’s name. Andy Cohen got in between the two so they didn’t actually fight each other. It really did look like fists were about to fly.

Vanderpump Rules is going to be shaken up this season with Jax trying to extend an olive branch. The new characters will bring in a fresh perspective. Cheatsheet says Lisa Vanderpump won’t be involved as much as she focuses on her businesses.

Watching Jax and James try to be friends again in order to keep the storylines strong will be thrilling. Don’t miss Vanderpump Rules when it returns for a new season on Bravo.

Dean Unglert Talks Boom Boom Room And Other ‘BIP’ Secrets
Jared Haibon Shares Heartfelt Tribute After Losing Member Of The Family
‘GH’ Spoilers: Sonny Is Back And Furious, Limo Explodes Shakes Up PC
‘General Hospital’ Spoilers Hint At Major Cast Changes Ahead
‘Welcome To Plathville’: Is Ethan Unhappy With Who Olivia Is Becoming?