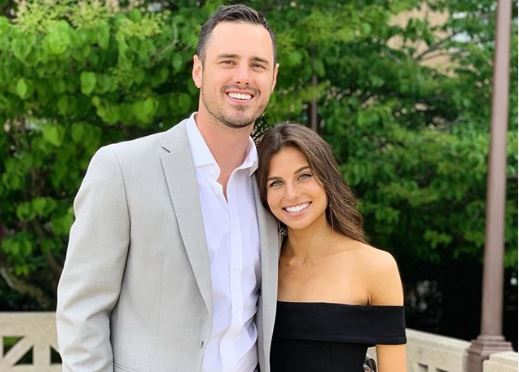 A new show is coming from The Bachelor and this one will be a traveling show. Fan-favorite Ben Higgins will be the one who will be hosting this show. Reality Steve shared a bit about this show. It will be revealed during The Men Tell All when it airs next Monday night on ABC.

All about The Bachelor traveling show

This new show is going to be traveling and not filmed. That means you will have to buy tickets and go see it. This show will be called Bachelor on Stage. The details are a bit fuzzy right now. You know that more information is going to be coming out. Because of it being talked about, fans are going to want details.

On The Men Tell All, they share that the show is coming, but not much more. It sounds like you will get a chance to find love. Of course, only some people will get pulled up on stage. Those people are probably the ones who get connected with people who are also pulled up there. It will be interesting to see how it all ends up playing out.

How is Ben Higgins doing now?

Ben Higgins and Lauren Bushnell didn’t work out. She has moved on and so has Ben. It turns out that he met a girl who he started talking to on Instagram. They seem to be totally in love with each other. Ben is happy, but the show isn’t how he found love. Now if he wasn’t on the show, who knows if this girl would have ever ended up talking to him in the first place.

We got a few cuter photos, but something about this one screams I celebrated July 4th!

Back in February, he shared who the new girl in his life was and a bit about her. The girl he is dating is named Jess Clarke. These two seem to be doing great and they are always sharing photos of each other together. It does look like he has finally found his girl. Because of this, Ben is the perfect person to host this show.

Do you plan to check out this new show with Ben Higgins? Do you hope you he can help you find love? Share your thoughts in the comments below. Don’t miss new episodes of The Bachelorette on Mondays on ABC.

Jill Dillard Shares Cryptic Message Following Brother Josh Duggar’s Arrest
Is It Too Late For Jill & Jessa Duggar To Sue Josh For 2002 Molestations?
‘Live Rescue:’ Will A&E Resuscitate The Series After The Pandemic?
Zach & Whitney Bates’ Baby Heads To The NICU – Is He Okay?
’LPBW’ Fans Swoon Over Tori & Lilah Roloff In Field Of Wildflowers