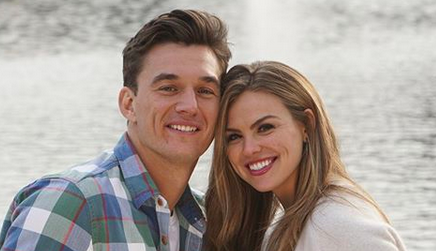 On Tuesday, Reality Steve shared more spoilers about The Bachelorette. In a blog post, he revealed some of the details about next week’s episode. In the blog post, he was pretty focused on Hannah and Tyler.

The Bachelorette 2019: Will Hannah and Tyler end up together?

In Reality Steve’s blog post, he talks about Hannah and Tyler ending up together. Based on what he knows, it doesn’t seem likely. Reality Steve writes,

“Regardless of whatever they’re doing online, I’m being told there is nothing going on between Hannah and Tyler, nor will there be come the live ATFR. They obviously had a strong connection during the show, he’s been very supportive of her on social media, but it doesn’t mean anything in terms of them getting back together. I guess there are those who will never give up hope because, well, I’ll never understand why, but I’m just telling you you might want to lower your expectations because I’m told it’s not in the cards.”

Tyler’s mom says he will be the next Bachelor

In his post, Reality Steve shared some information that has started to go around. Apparently, Tyler’s mom is saying that he will be the next Bachelor. As of right now, this has not been officially announced. Tyler’s mom seems pretty sure of it though. Well, at least she’s sure enough to share the information with people.

After sharing that it isn’t likely that Tyler and Hannah are going to end up together, Reality Steve says, “Now, on a positive note, that brings us to information that floated around the internet last night that I’m sure a few of you may have heard since it got sent to me at least 10 times, and that’s that at a watch party in Florida last night, I was TOLD that Tyler’s mom was telling everyone he’s gonna be the next Bachelor.”

This is great news for many fans of The Bachelorette and The Bachelor. Tyler seems to be a fan favorite for a handful of reasons.

Then, Reality Steve continues, “Now, I didn’t hear his mom say this. Nor do I even know if she actually did. I was just TOLD (ten different times from people) she was heard saying this. So take that for what it’s worth. Look, it’s not like it would be a major surprise if Tyler became the Bachelor.”

He adds, “But do I think he’s already been chosen and his mom spoiled it? Probably not. This is gonna be between Tyler, Peter, and Mike for the most part.”

What do you think of Reality Steve’s spoilers? Do you think Tyler will be the next Bachelor? Leave a comment below!

‘Bold and the Beautiful’: Steffy’s Paternity Test Wreaks Havoc With DNA Find ?
Who Is Teddi Mellencamp Pulling For On ‘The Bachelor’ This Season?
Did Jess Caroline & Larissa Lima Have A Falling Out?
Sister Wives: New 2021 Season Comes Back To Sunday Nights
Following Split, Dale Moss Accused Of Cheating On Clare Crawley Throughout Engagement