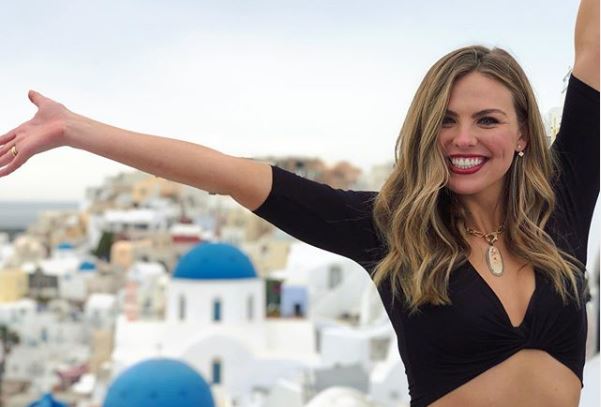 Tonight on The Bachelorette 2019, Hannah B finally sent Luke home. Things didn’t go as planned and he threw a fit not wanting to leave. Before moving on, he even asked Hannah if he could pray for her. She didn’t like hearing that from him at all. Luke didn’t want to get into the car to leave and he even shows back up again next week.

Hannah B and Luke started arguing on Twitter about sin tonight. During the show, these two weren’t getting along at all as she sent him home. Hannah had finally seen the side of Luke that everyone else saw all season long. She realized that he was not the one for her and wanted him to go home right then. Hannah even went as far as to let him know that she slept with one of the guys in a windmill.

Here is what went down on Twitter tonight between these two. Hannah actually explained to Luke that Jesus loved sinners and even ate with them. Luke shamed her on the show explaining how he didn’t agree with her sleeping with anyone she wasn’t for sure going to be with in the end.

i have never said that i find my sin funny. i’m not going to lectured on appropriate emotional responses by a guy who threw deli meat in a guys lap. https://t.co/hc8lsPUUA8

If you remember, during tonight’s episode Luke explained to Hannah that he would not want to be with her still if she had slept with the other guys. She told him that he wasn’t the one for her, but that won’t keep him from showing back up next week.

Tia Booth even got involved in the conversation posting that she was “crying” along with emoji’s showing she was crying cause she was laughing so hard. You know that everyone is reading this argument tonight.

This revealed obvious spoilers about what happens next week. The fans see Luke show back up. If Hannah B and Luke are still fighting, then obviously she doesn’t take him back. Reality Steve spoilers have already revealed that as well, though.

Are you surprised to hear that Hannah B and Luke are fighting it out now? Share your thoughts in the comments below. Don’t miss new episodes of The Bachelorette on Monday nights on ABC.

Mama June Shannon Gets Major Slap About Her Weight Loss Claims
Zach & Whitney Bates Finally Hold Baby Jadon In Their Arms: See Photos
YIKES! Ivy Seewald In Least Likely Place Guzzling Out Of A Jug
‘OutDaughtered’ Fans Clearly Have A Favorite Busby: Who Is It?!
‘Sister Wives’: Is That Gwendlyn Brown’s Girlfriend?! [Pic]