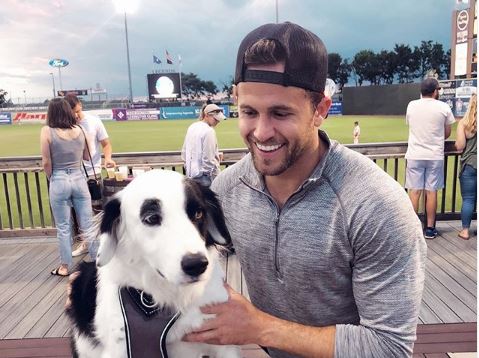 This week on Love Island fans will meet a new guy. His name is Winston Hines and you might feel like you know him. That is because Winston has been on reality television before. You know him from the hit show Big Brother. So who is Winston?

All About Winston Hines

Winston Hines posts on his Instagram often. From this, you can get to know him pretty well. He loves dogs and enjoys playing pool. He also stays in shape and spends a lot of time hanging out with friends. Winston obviously still takes care of himself.

Winston hasn’t found his love, so going on Love Island is the way to try and do that. Hopefully, he can find the girl of his dreams on this show.

How did we show up basically looking exactly the same? Bros. Except for Brett’s frosted tips under that hat. – Who’s coming out tonight? @adelphiarestaurant – #bb20 #bradandchad

Winston actually went to his Twitter to let everyone know he was joining the show. He is hoping to find a dog mom so everyone will have to see if that works out for him. Fans of the show are excited and even Tyler Crispens wished him luck.

Hey y’all- guess who is headed to @loveislandusa to shake things up in the villa this week? 👀🤔 #loveislandusa #findadogmom #wishmeluck

Winston Hines was on the show just last season. He was part of the bro alliance and it worked in his favor for a while. He was also part of the alliance Level 6. When he finally got sent him, Sam had the power to save him but she didn’t do it. He threw her bracelet down and rushed out the door.

A few fans mentioned how they wish he would walk onto Love Island with Brett by his side. It looks like this time he will be on his own, but hopefully, Winston will be able to find love on the island. This show isn’t all about winning, but more about sticking around and finding the girl of your dreams.