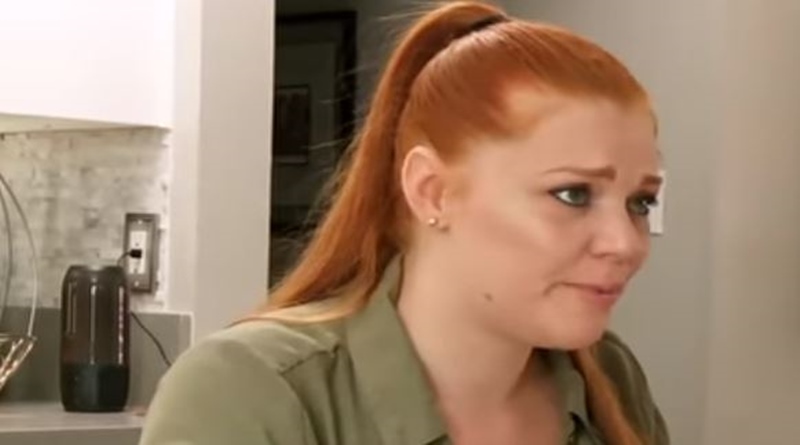 Love After Lockup brings the WEtv spinoff Life After Lockup. In the current season, Sascha William’s sentencing shows her sentenced to 10-36 years. She’s only eligible for parole on February 23, 2025. Actually, her possible sentence lowered when she accepted a plea deal for reduced charges. TV Shows Ace reported that the charges involved people dying in a home invasion. Without the plea, she faced up to nine charges, which reduced to four. Now, Brittany Santiago thinks she deserves less prison time.

Taking to her Instagram, Sascha’s friend, Brittany Santiago posted about the sentence. She thinks that Sascha deserves less prison time. In a long post, she explained why. Brittany noted, “if you do the crime you do the time” but that doesn’t always mean people are guilty of their exact charges or the exact crime itself.” She promised more insight on her YouTube in days to come.

However, she added, “Yes lives have been taken and families are grieving and I feel so sad for them but that doesn’t mean Sascha deserves to do so much time in prison when she didn’t pull the trigger or tell anyone else to either. She was there but not involved.” That’s because six people were there, someone started shooting, and “Sascha is supposed to do what about that? How is that her fault? No one can ever control the actions of others.”

While the Love After Lockup star agrees that Sascha “brought them there” and her presence put her at the scene of the crime, she notes Sascha served “4 years incarcerated already.” Those four years were enough, in her opinion. Brittany adds, “I’ve watched Sascha cry night after night over her case. Those victims haunt her and she is remorseful for something she was not the cause of.”

One sticking point seems unfair to Brittany. She asked, why “the main aggressor was found not guilty at trial and is free, roaming the streets while Sascha is serving more time. Fair??? Deserved??? Right??? Is this justice?” Wrapping it up,  she noted, “I said she doesn’t deserve more time it’s ONLY because she didn’t pull the trigger or tell anyone else to do it either. You can not control the situation of others.”

Lots of Love After Lockup fans commented on Brittany’s take on the prison sentence. Not all of them agreed with it. That’s because the home invasion came off because of Sascha. TV Shows Ace noted, “On Jan. 8, 2013, Maurice Sims, his girlfriend at the time, Sasha Williams, and two other men broke into an apartment to get a TV she believed she was owed. They also took other electronics.” Additionally, the whole thing unraveled when Anthony Anderson fought back. Both he and Evin Russell died.

Fans of the show felt that without Sascha those deaths were avoidable. One fan wrote, “…she should’ve never [taken] those men to someone house to retrieve an item then play victim when two people got shot and lost their lives.” Like the judge said, “none of this happens without you.”

What do you think about Brittany’s thoughts that Sascha deserves less prison time? Do you think the system’s unfair to her? Sound off your thoughts in the comments below.