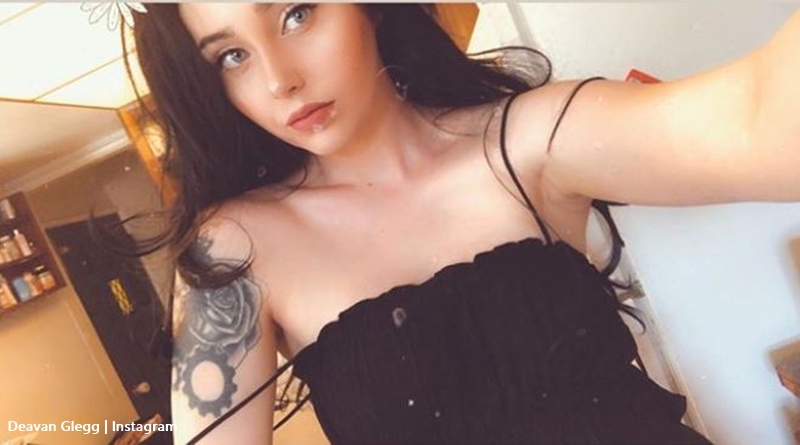 90 Day Fiance: The Other Way star Deavan Clegg ended up pregnant the first night with Jihoon. Jihoon’s Korean and Deavan’s American, but they found a way to make it work. TV Shows Ace reported that she established her pregnancy through a pregnancy test. Now, it seems Jihoon’s more than happy to accept the baby as his own without the need for a DNA test. Plus, she dished more tea on the baby.

90 Day Fiance: The Other Way’s Deavan Clegg can’t reveal everything on social media

Deavan can’t reveal everything about the couple on social media. TV Shows Ace reported this month on it. We noted that “we won’t see the baby just yet, due to contract agreements.” Of course, many fans now know she delivered a baby boy, but no pictures of him emerged yet. Assuming that agreement came from TLC, many people respect that time will pass before we see him.

In her Instagram Stories late Saturday, Deavan pointed out that TLC never made that demand of her. Asked why it’s all such a secret, she replied. Deavan wrote, “It was my decision to wait.” She added, “I wanted viewers to be introduced to him when he appeared on TV.” So, hopefully, the little boy’s gonna hit her IG soon. Actually, fellow 90 Day Fiance cast members, Ronald and Tiffany, also birthed their new baby and the cutie-pie’s all over social media. Obviously, they made a different decision on the baby reveal.

Deavan spills the tea on DNA and other baby info

Apart from telling fans once again that they produced a boy, she spoke about the DNA. 90 Day Fiance fans ask about the parentage of their baby because she claimed to know the exact conception date. One of them asked, “Would you give the baby a DNA if Jihoon asked?” They added, “Or would you be offended?”  In reply, she wrote, “I’d be offended because we know the exact date of conception.” Deavan added, “But, I would do it, so I could say, I told you so.” Additionally, Deavan says, “he has never doubted, and our son is his twin.”

So, it looks like we expect a little boy looking just like his daddy, Jihoon. Maybe, once the pics come out, fans will stop on that question. While Deavan never revealed the name of her baby, she talked about the names they chose for their little boy. She said, “I guess it would be unique in America.” She added that it’s a “traditional Korean name.” However, the middle name’s totally “unique.” Apparently, Jihoon came up with it.”

Think Laine Hardy of American Idol and you get a good-looking boy from Korean and American parentage. So often, the blend of ethnicity makes for beautiful children. Deavan noted that her father’s “Native-American,” and her mom’s “Swedish.” Throw in some Korean blood, and this baby really represents the global community of the modern world.

What do you think about the bits and pieces that Deavan Clegg dished on her new baby? Do you hope she reveals photos of the little man soon? Sound off your thoughts in the comments below.