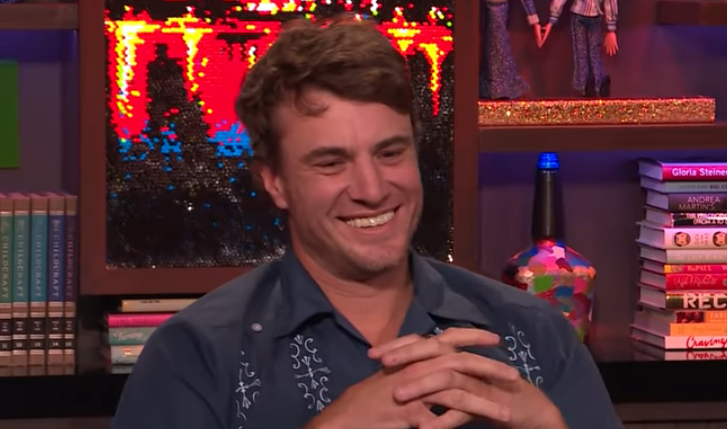 On a recent episode of Enough About Me with Shep Rose the Southern Charm star talked about his love life. When Wrenn Wood, an actress and comedian, and the host sat down for some southern hospitality things got real. A discussion about dating led to Shep talking about why he wouldn’t settle.

Shep Rose gave guest Wrenn a can of Rosé to start out the interview. This sets the tone with a hilarious play on his name. Once the tops were popped they got into the nitty-gritty of what they look for in a partner.

What Does the Southern Charm Star Want In A Partner

First, Shep Rose says he’s picky when it comes to dating. Within the first few seconds, he knows if there will be a connection or not. He doesn’t want to settle. The Southern Charm star also says that’s why he’s single.

The most important thing to him is having such a deep affinity for someone else it would be really hard to mess up.

He goes on to say he thinks everyone is obnoxious. While he loves people, he’s annoyed by a lot of them. He has no desire to settle for someone who secretly annoys him. Even if it’s just a little annoyance, it’s not worth it to him.

Danger seekers look into the abyss and spit in the devils eye. Middle of the lake swim ✅ no problem. What’s next ? #carpediem #riskingitall

Next, the host got into the things that turn him off of a woman. One thing Shep mentioned is women who get up too early. He says he’s not someone who has to get up early so getting early morning texts from girls is not cool. If a girl he’s seeing does this more than once, he starts to think if I date her, I’m going to have to change.

He’s willing to change, but he has to be in it one hundred percent for that to happen. Stating he’s only been enraptured with two people in his whole life that he would sacrifice his own happiness for. If it’s not like that, he doesn’t want to waste his time. He also said a woman who is too available is a turn-off.

There isn’t a reason to always play games, but if you’re too available he doesn’t want that. If you don’t have your own life, then you are too involved in his. His relationship outlook gets a lot of play on Southern Charm and is the reason his spin-off and Twitter handle is Relationshep.

Shep Rose’s Outlook On Relationships Hasn’t Changed That Much

According to an article on Bustle, Shep has felt this way for a couple of years. He said he actually fears the “monotony of monogamy.”

He stated on twitter that he finds people annoying over time, which tracks with what he said to Wrenn Woods. At least the Southern Charm star is consistent.