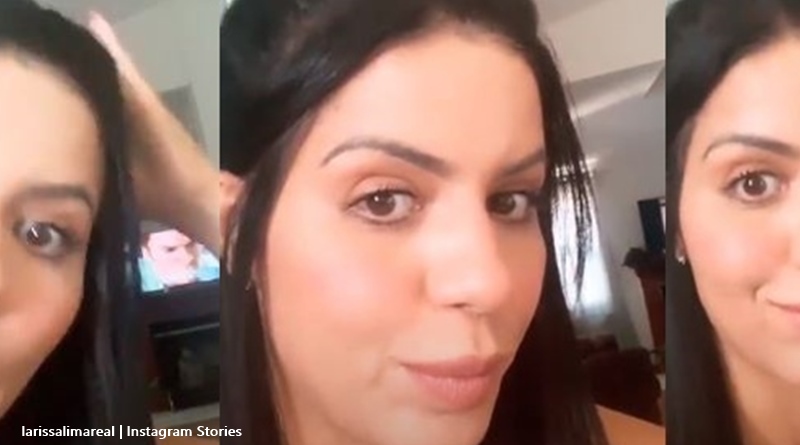 90 Day Fiance fans who follow Larissa Lima think she’s very beautiful and suggest she could become a model. Of course, Larissa couldn’t really think long term about anything as she faced a court case and possible deportation. Now, in a Q&A on Instagram stories, she talked about a modeling career.

90 Day Fiance: Happily Ever After? marriage to Colt broke up

For Larissa, the marriage experience with Colt just never worked out. Both of them ended up with divorce parties and a lot of controversies. Fans still can’t get over the ring episode that she tossed down the toilet. However, both she and Colt moved on from that. In fact, he’s been out dating a girl and she’s found another man. The Hollywood Gossip reminds us that “Larissa joined Tinder, making it clear that she was looking for a real relationship rather than for a hookup. That is how she met Eric.” Eric’s a nice looking guy and they seem very happy together.

Now, fans obviously wonder what Larissa plans for her future. TV Shows Ace reported that Larissa’s interested in becoming an advocate for immigrants. We wrote, “Specifically, she notes helping people like her – “immigrants that have never been arrested before.” We added, “she explains her motivation: “Yes, I want my personal history to help people.” However, that’s not likely a big money puller for the 90 Day Fiance star.

Taking to her Instagram Stories, Larissa invited some questions from fans. She spoke about maybe trying an NPC contest. However, she came across as joking, rather than serious. Mind you, she did talk about beauty tips like lip injections. Asked if they hurt, she replied, “It hurt a little bit, “adding that it’s worthwhile. Nevertheless, she “cried.” The next question from a 90 Day Fiance fan asked Larissa if she intends becoming “a model,” as she’s “beautiful.”

On being a model, Larissa said she has “no job” at the moment. In fact, she still needs to “learn to drive” before she can find a job.” Larissa then thanked her fan “for the compliment.” However, when it comes to modeling as a career, Larissa says, “No model.” Actually, it seems she’s not as beautiful in her own eyes as those of her fans. So, if you’re hoping to see her grace a fashion mag regularly, that’s not likely to happen.

What do you think about Larissa Lima saying “no” to being a model? Do you think she’s beautiful and should consider it? Also, how about Larissa learning to drive in the USA? Sound off your thoughts in the comments below.