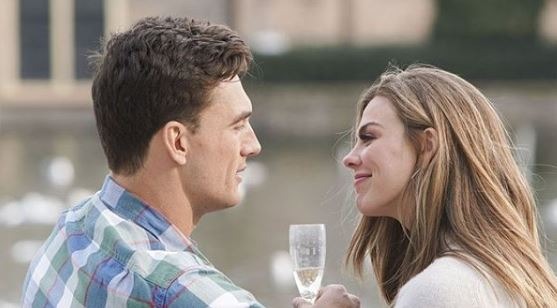 Hannah B has certainly been doing things her own way on this season of The Bachelorette and has made some decisions which have downright shocked viewers. She is the first Bachelorette to invite all four final men to her fantasy suite episode in Crete, Greece. For the record, no Bachelor has yet to do this either.

Even Luke P made it to overnight dates on The Bachelorette

Hannah seeing something redeeming in Luke P despite his negativity by all the other contestants will finally come to a much overdue end during Fantasy Suites. Previews have shown Hannah dismissing Luke because he is disgusted that she had sex with someone. She lets him have it, saying, “My husband would never speak to me the way you did.”

But maybe something Luke said to Hannah did hit a nerve because on her one on one date with Tyler she tells him that she doesn’t want to spend the night together in the fantasy suite. Hannah is confident about their sexual chemistry. Suddenly, the chick who has broadcasted that she had sex in a windmill is questioning if there’s more to their relationship beyond the physical.

Hannah tells Tyler she is unsure about the fantasy suite

In People’s exclusive sneak peek at Monday’s episode of The Bachelorette, Hannah drops a major bomb on Tyler:

“I feel like our relationship has been so fun, so easy getting to know each other. But there is a concern for me about our physical relationship. It is a huge part of our relationship,” she says. “I have to reset myself sometimes and think, ‘OK, that’s great. You know that’s there. But like, it has to be more.”

Eventually, Hannah bluntly says, “I don’t want to go into the Fantasy Suite.”

This is not something anyone has expected Hannah to say to Tyler, especially the driver at the end of Hannah’s hometown date with Tyler. But let’s remember how producers are master manipulators of editing and keeping viewers hanging. There’s a strong possibility that Hannah’s next sentence suggests that she and Tyler keep their hands to themselves and work on getting to know each other better outside of the bedroom, especially since spoilers also reveal that Hannah says good-bye to Peter the Pilot during the rose ceremony and indicate that Tyler and Jed are the final two.

Do you think Hannah is seriously on a quest to meet her husband? Will Hannah regret any of the decisions she’s made on her journey to find her soul mate? Who have you been rooting for? Who would you like to see cast as The Bachelor? Sound off in the comments below.

Update: Reality Steve confirms if they go or not.