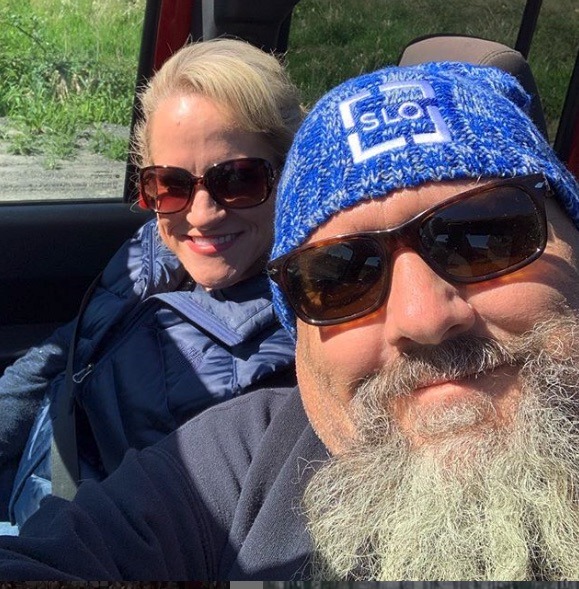 Former Gold Rush star Todd Hoffman seems to have a few irons in the fire, as he subtly hints on social media what he is going and not going to do next. What is the latest Todd Hoffman news?

After a long time radio silence on his mining career, it sounds like Todd Hoffman is still working on a gold show. Since his announced Gold Rush departure in February 2018, Todd had been openly discussing Greenhorn Gold, his proposed show with Zum Media, until early this year. Back in October 2018, Deadline had reported that Todd and Zum’s Jose Behar had penned a development deal with Thom Beers and Jeff Conroy’s “new multi-platform production company” BoBCat Studios.

Since then, Todd has been quite cryptic in his hints that he is returning to gold mining. He has asked friends to pray for him, as he attended meetings in Los Angeles. It could be assumed the meetings are with BoBCat Studios.

Lately, he has been posting more about his drug intervention work than his next gold career, although he has more than hinted that his son Hunter Hoffman is ready to return to mining.

Right before the fourth of July, Todd revealed that there is something going on: “Serious deal brewing but the details need to be right before we mount an attack, I don’t need fame, So until then I have a pool that needs swimming in and fireworks that won’t light themselves!!” Fans then had a lot of questions and Todd was happy to answer. It turns out that this will not be a show on Discovery, or cable for that matter. But, he promises that “It will be the next generation of mining. Incredible if we can work out the details.”

Does this mean YouTube? Streaming? A new option? On July 13,Todd reveled that they are negotiating a streaming show. It understandably sounds like he won’t be doing anything else until he gets the right sort of deal. But Todd seems cautiously optimistic, so Gold Rush fans should too!

Great meeting in LA at streaming company let’s see what happens. Blessed either way and thankful for everyday. #blessed pic.twitter.com/uTDeXFhAss

Todd went to social media to ask fans for some help: “I’m looking for a good name for our band? Take liberties but don’t get blocked. Lol go for it.” Todd’s Twitter followers had some fun sharing their idea for a band name. The last time that Todd put out any music was a video of the beautiful duet of “Pieces” with his daughter Olivia. Hopefully Todd will release more music, as his voice is certainly golden.

It seems that the biggest obstacle that Todd Hoffman is facing is his own mindset. He has admitted on social media that he has plenty of self doubts. No matter what fans thought of his methods of gold mining, no one can deny that Todd Hoffman was key to the instant success of Gold Rush. For a lot of people who watched the show, the Hoffman crew was an inspiration.

Serious deal brewing but the details need to be right before we mount an attack, I don’t need fame, So until then I have a pool that needs swimming in and fireworks that won’t light themselves!! https://t.co/lh80phqBgB

Todd Hoffman fans: Have you been waiting for news on Greenhorn Gold or Todd’s latest musical venture? What do you want Todd Hoffman to do next? Let us know your opinions in the comments below. Gold Rush Season 10 should return in the fall, on Discovery.