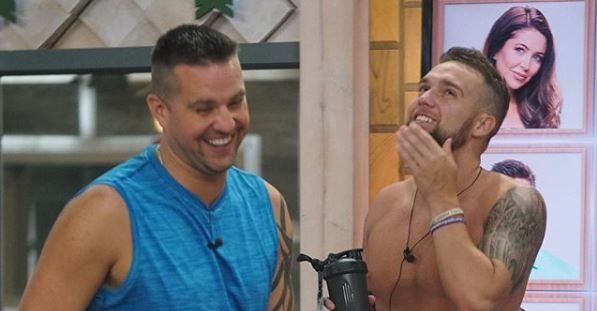 ‘Love Island’ just premiered on CBS and it sounds like ‘Big Brother’ fans aren’t too excited about it. They are afraid that the station is using ‘Love Island’ to kick ‘Big Brother’ off the network. Hopefully, that would never happen.

CBS has been pushing a lot of Love Island ads during Big Brother. The network likely saw this as a way to attract more viewers. The two shows should really attract the same audience. Not to mention, Love Island comes on right before Big Brother.

However, according to Good Housekeeping, fans of BB think that the station has gone way too far with all the Love Island previews. More than that, viewers are scared CBS is using the one show to push the other one out.

Some annoyed fans pointed out that the two shows aren’t really that similar. BB is known for it’s game of strategy. Whereas Love Island is just a bunch of twenty-somethings running around hooking up with different people. While both are entertaining, they do have their differences.

Another point someone made is that it seems the station doesn’t care about Big Brother at all anymore. In the many commercial breaks during the show, they continue to hype up Love Island.

Some think that anyone who watches Love Island is in favor of getting rid of BB. They believe every view Love Island gets is another view that is against Big Brother. CBS still hasn’t said anything about the situation yet. However, Big Brother has been on for so many seasons. It doesn’t seem believable that one new show would be able to kick that off the station.

The Big Brother Instagram has even been posting photos about Love Island on their profile. It looks like BB fans really can’t get away from Love Island, even online.

Not everyone is worried

Not everyone is worried though, and some actually prefer Love Island. Many people also tweeted that they would rather be watching Love Island and are actually thanking the station for a new summer series to enjoy.

Both shows are good and have their perks and downfalls. One really is more of a game of strategy and one is more fun. However, both are entertaining.

Which show do you prefer? Are you worried Big Brother will get taken off television? Let us know what you think about it all in the comments below.

Be sure to watch Big Brother AND Love Island on CBS. The summer is rolling and these shows are filled with drama. You won’t want to miss out!