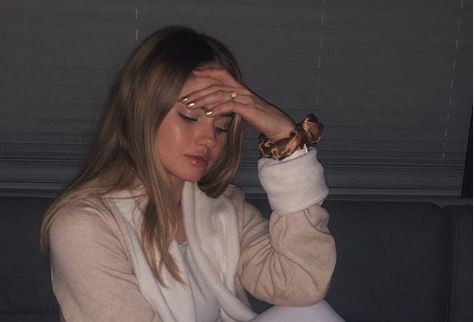 The news broke recently that Cameron Boyce passed away. It was shocking news to everyone that the Disney star died at the young age of 20. His Jessie co-star Debby Ryan didn’t say anything at first. Yesterday she shared a video with a broken heart on her Instagram page. Today she has finally put out a statement.

Debby Ryan put out her statement today on Instagram. It is one of total heartbreak. This has not been easy on her and Cameron Boyce was a dear friend. Here is what Debby Ryan had to say about the loss.

This ripped me up. I keep trying and I can’t make anything make sense. He was blameless, and relentlessly joyful; he was good. Through and through, Cam is good, in all ways and to all people. And the most alive. It’s wrong. I am so confused and devastated and angry. But that isn’t very Cam. He’d cast any shade of sadness or darkness in colors of positivity; he couldn’t help himself but to always leave you smiling, or laughing, or dancing. So sincere, kid Truth. He was good. My heart is with his parents, Vic and Libby, full of grace, and his wonderful sister Maya. An unimaginable sorrow. I’m grateful for our Jessie family, with whom to uniquely grieve our guy — Peyton, Skai, Kevin and Karan, whose soul is also far too special to have to experience this depth of grief. There are beautiful connections and beams of light, ever present, truly the fingerprints of Cam still around and showing up in the midst of this. I love him so much. Forever. You’re alive in the legacy of love you built, and I will keep that light burning in me for the rest of my journey. The world was robbed. We’re better for you.

It obviously took Debby a few days to put into words how she was feeling. This couldn’t have been easy for her at all. The fans have been waiting to hear from Debby Ryan because they knew that this couldn’t be easy on her.

What happened to Cameron Boyce?

Cameron Boyce died at the young age of 2o after having a seizure. At first, his parents were not sharing a lot of details about what happened. Now they have shared that he had epilepsy. Right now, the family is asking for privacy as they plan the funeral. This was totally unexpected. Cameron had several acting roles planned in the next year. One role he was working on was for the show Mrs. Fletcher that is coming to HBO.

The Los Angeles County coroner’s office spokeswoman Sarah Ardalani told CNN, “The case is currently deferred pending further investigation. We hope to have results and the cause of death within six to eight weeks.” The fans are really curious to hear if anything else happened, but his family is being open now.

What do you think about what Debby Ryan had to say? Share your thoughts in the comments section below.