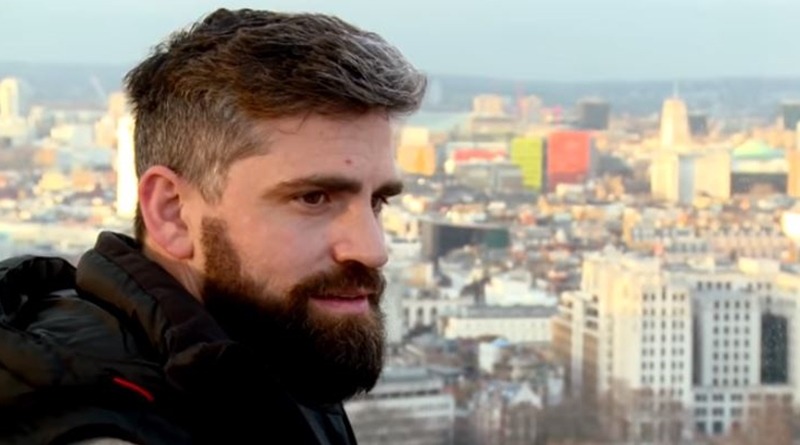 90 Day Fiance fans know that much drama surrounds Ashley Martson at the moment. On Instagram, Jay Smith’s sister alleges all sorts of fraudulent behavior by Ashley and her mom. Plus, Jay’s sitting in detention, probably facing deportation. Ashley now has a protection order. Other leaked news is an alleged assault on Ashley by Jay of an intimate type. Jon shared about that, as did John Yates, TLC guru. Now, Jon Walters weighed in on the furor again.

John Walters knows how it feels when trolls hit on people. Probably, that’s why he quite often sticks up for others when it happens to them. Many fans troll on Jon, suggesting he’s aggressive and rude. Plus, they hate that his US wife married him as he has a conviction for assault. That dates back years, but there’s no convincing them about college kids and bad decisions.

Recently, he stepped in to help divert some of the heat 90 Day Fiance star Paola Mayfield got. It came after she posted up a photo of her breastfeeding. Actually, fans of the show got into a huge argument as to whether the photo she posted was appropriate or not. By injecting himself in the conversation, Jon drew the heat off Paola somewhat. During that conversation, the subject of Ashley and Jay came up.

The subject of Ashley and Jay on 90 Day Fiance came up after people accused Jon of trying to benefit off GoFundMe’s. Plus, for using TV fame to get money. Well, that’s all incorrect, and another story altogether. Anyway, Jon responded by saying, “I’ve shared 5 go fund Me in the last 2 weeks. I don’t do paid endorsement. I called out jay for being a r*pist and stick up for my friends. I’m expecting my account to get deleted any day. I’m not Larissa or Jesse desperate for fame and any publicity is good publicity.” Jon stresses, “I’m me and On my social media, I deleted more dumb*ss opinions than you would ever believe. I think you have me mistaken with some else who cares about being popular.”

On the subject of Ashley and Jay, others 90 Day Fiance followers picked up the thread. One user asked, “You met Jay, I thought you liked him.” They questioned Jon’s wisdom on posting about “the r*pe allegations against him before hearing his side.”  They added, “I am just curious, saying someone r*ped you..such a serious claim and there should be two sides to the story before it is exposed to the world and ruins lives.” Another noted, “Also, are you aware Ashley’s mother is also saying she was r*ped by Jay’s father?? All of this doesn’t seem outlandish to you? Ashley is posting herself partying with Jersey Shore cast members and is intoxicated is that normal after being r*ped and traumatized?”

Jon weighs in on the Ashley and Jay scandals

Next, Jon came back with a level-headed opinion on Jay and Ashley, the two 90 Day Fiance stars who separated. Jon said, “There is no 2 sides to a r*pe story. The text conversation is either real or fake. If it’s real jay is scum who r*ped his wife and deserves locking up – if it’s fake Ashley is scum who deserves to be locked up. ”

He added, “The DA can prove or disprove. Jay could even prove whether that conversation didn’t happen. So I’m going to sleep well tonight knowing the courts and police gave Ashley a protection order and now jay is in prison. If it turns out to be fake and Ashley goes to jail I will also sleep well. I’m not here to pick a team – One of them has [allegedly] committed the most vile crime and I don’t which one to be honest. The truth will come out.”

Well, what do you think about John Walters’ reasoning on Ashey Marton and Jay Smith? Will the truth come out? The police can probably investigate it all quite easily.  Ashley and Jay’s sister both increase the drama on social media. But whether a formal complaint got lodge’s unclear? Do you know? Sound off your thoughts in the comments below.