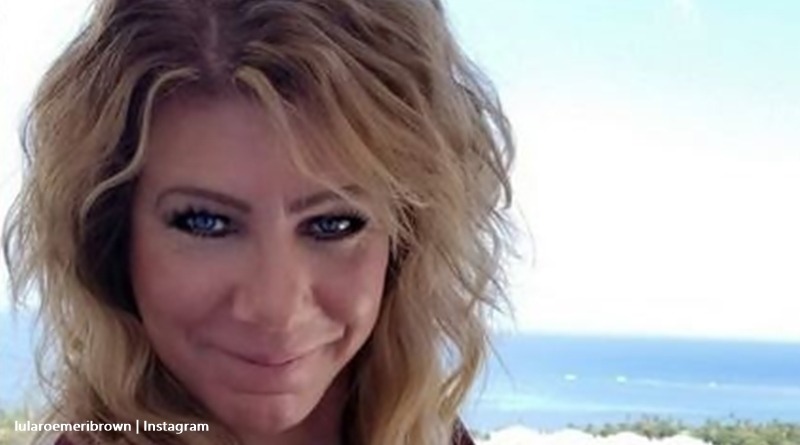 Sister Wives fans heard this week, that Meri Brown lost a precious friend and she wrote a tribute to him on her Instagram. Now, taking to her Instagram again, Meri showed that she also found a precious friend who became family. Of course, critics immediately speculated she’s dating again. However, it doesn’t seem to be the case.

Rumors persist that Meri Brown wants nothing to do with the family. However, on her Instagram, she shares about the kids and even the other wives. Certainly, she looks happy enough, but she probably gets irritated with people who suggest she left Kody every time she’s in a photo with another man. Remember the LuLaroe cruise earlier this year? Much was made of the fact she was in a group of people and enjoying male company.

More rumors came out when Meri posted up some Instagram posts about Disney. That immediately sparked rumors that she went on vacation without Kody or the rest of the family. Popculture reported that story, as did other tabloids. However, later video clips emerged of all the Sister Wives clan together singing as they walked around the park.

This week, Meri posted up on her Instagram about losing a friend who became family. TV Shows Ace reported that Meri wrote, “He was a true friend, and because of the bond between him and my own dad, our families will be forever connected and forever bonded.” Meri felt that she wished she could be the type of person he was. Plus, she remembered his “amazing smile.” The photo she posted to Sister Wives fans showed she was mourning a friend named Bruce Stone.

That’s sad, but it looks like she made another friend who became family. Obviously, she found a bond with him, and it’s not necessarily of a romantic nature. The post showed her standing next to him. She captioned it with, “And then you meet someone who was right in front of you all along…” Once again, as she did in her tribute to Bruce, she used her hashtag “#FriendsWhoBecomeFamily.” She also tagged the man in the photo with her and his surname is also Stone. So, it seems he’s probably related to the loved one that Meri lost.

Fans speculate on the new man in Meri’s life

Of course, lots of people just speculate that Meri’s in a romantic relationship. Actually, it’s not impossible for a woman to bond with, and have a friendship with another man. So, some followers grew irritated with those who immediately started talking about her relationship with him. It’s all rumormongering of course, and nobody really knows the intimate details of her life.

What do you think of Meri Brown losing a well-loved friend who became family? Are you happy she also found one? Sound off your thoughts in the comments below.