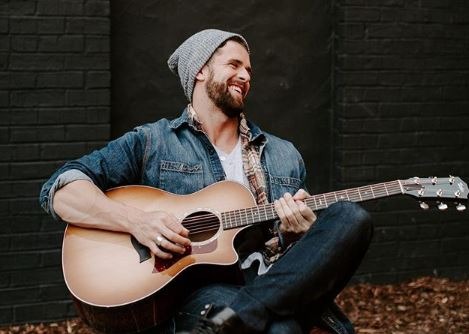 Tonight on a new episode of The Bachelorette 2019 fans saw Hannah B go on her hometown dates. Jed Wyatt’s date didn’t go very well. His family talked a lot about how they want him to have time to focus on his music. They were unsure he can do that and focus on his relationship. This did throw up a red flag for Hannah, but it doesn’t seem like it was a big enough one.

Jed’s mom made a toast that had everyone going crazy on Twitter. If you missed what Jed’s mom said in her toast, it was all about being truthful. Reality Steve shared the toast on Twitter right after it happened.

Did Jed’s mom just toast, “When you stick to the truth, it’s beneficial to everyone?” Yes. Yes she did.

Well, it has been revealed that Jed Wyatt had a girlfriend when he went on the show. He told her that he would be coming back for her. Jed made it very clear to his girlfriend Haley that he wanted to join the show to work on his career. Maybe his mom was trying to point out that he should tell his truth.

Hannah B even tweets about it

Hannah B even went to Twitter to share about the toast. The thing is she didn’t really explain. Here is what her tweet said tonight. It does seem like she was being a bit sarcastic, but didn’t call Jed out in the tweet either.

Ouch! It is a great message, but Jed Wyatt didn’t follow his mom’s advice. From the sound of things, he didn’t even tell Hannah B about the other girl until the news broke. This gave him no choice, but to tell her the truth.

A lot of other people went crazy about this toast as well. Comments on Hannah’s tweet are telling her that maybe Jed’s mom was trying to tell her something. A lot of fans also felt like his mom was a bit rude to Hannah. The thing to remember is that Jed’s parents had met Haley. They knew about the other girl in his life.

Are you shocked that even Hannah B tweeted about this toast? Share your thoughts in the comments below. Don’t miss new episodes of The Bachelorette on Monday nights on ABC.