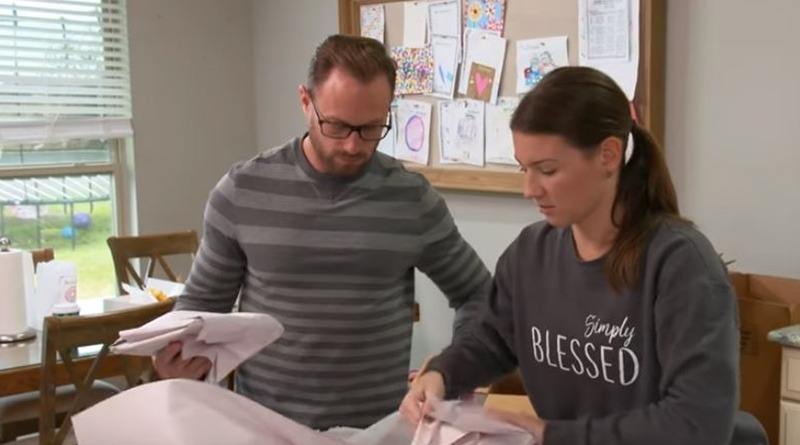 OutDaughtered fans love it that the Busby’s share a lot about the quints and Blayke on social media. However, It looks like they are focussing a bit more on their own family time. Adam and Danielle said the filming wrapped for the season, so now comes a social media break time for them.

OutDaughtered family went on a vacation with the film crew

In their Instagram post, the couple said, “We have slowed down this week from posting as much on social media to focus a little more on some family time after wrapping up filming this season. It’s been a good week and looking forward to getting down to business with another fun project with @target this week! Stay tuned.” So, it looks like we may still see some of the family activities, but just not as much.

Recently, TV Shows Ace reported that the extended family went on a vacation. It was thought the TLC film crew went along as well. We reported, “Lots of photos end up with sharp-eyed fans scouring them for clues. Others hunt down answers and comments. Sometimes, the extended family will comment on posts as well. So, here’s a clue they had the film crew along: @bestaunttocca34 replied to one follower who asked if the kids were with them on vacation. They noted, “chk previous pixs 🙂 that is family trip, included production crew :).”

We have slowed down this week from posting as much on social media to focus a little more on some family time after wrapping up filming this season. It’s been a good week and looking forward to getting down to business with another fun project with @target this week! Stay tuned! #outdaughtered #itsabuzzworld

A few days ago, Danielle and Adam shared how they took their six OutDaughtered kids to run some errands in town. Well, they behaved and were very cute. But, it must be exhausting sometimes. Not only handling the kids, but they also need to work with filmers and producers. No wonder they plan some family time for a while. Also, sometimes contracts don’t allow too many posts on Instagram.

As the family hunted around in the shops for pictures on the walls, probably they just wish to settle in and settle down for a bit. A new season has not been announced yet, but hopefully, we’ll see more of the Busby family again. However, it looks like spoilers won’t come from Danielle and Adam. Not to be too worried though, as, on their YouTube Channel, It’s a Buzz World, we sometimes see snippets of their day to day lives.

Will you miss those video clips and photos of the gorgeous girls as the Busby’s take a break for family time? Hopefully, we’ll still see something of them. Have you watched their YouTube Channel? Sometimes we see stuff there that doesn’t feature in the actual show. Sound off your thoughts in comments below.

Remember to check back often with TV Shows Ave for more news about the Busbys and OutDaughtered.