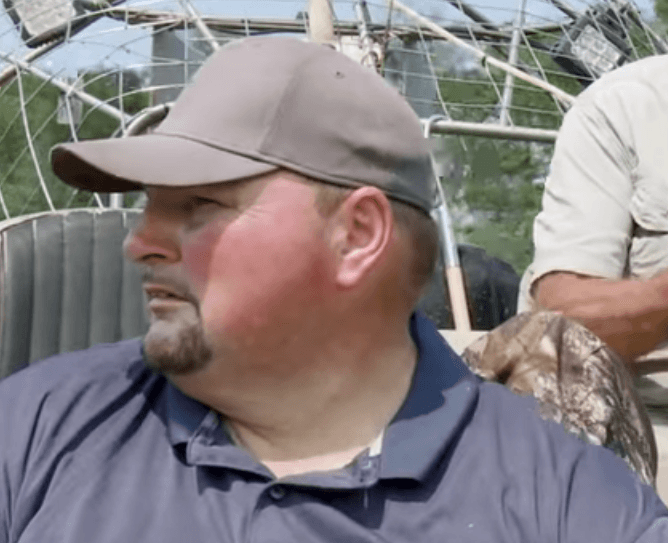 If you’re a fan of Swamp People, you probably know who Big Tee is.  Joseph “Big Tee” Richard is Daniel Edgar or Mr. Daniel’s gunman. Big Tee is a fairly new addition to the History series, Swamp People. However, Big Tee is quickly becoming a favorite on the show. So far, he is a great help to Mr. Daniel. Fans are looking forward to seeing what else Big Tee can do.

Currently, Big Tee is dealing with a medical issue. It began with a foot infection, but it became worse. On Facebook, he wrote about it, saying, “After 10 days and 2 surgeries later i was able to go home . One week later i was readmitted into the hospital again . I had an infected bone in my foot . After 2 surgeries i was released to go home . They decided to put me a PICC-line (Home IV) for 6 more weeks . Been traveling back and forth to doctor visits almost daily .”

Right now, he is battling that infection. In an update, he says that his immune system was not fighting off the infection. It seems like he is getting the care he needs so he can recover. On his Facebook page, he also shares pictures of his foot infection and its progress. They are somewhat graphic, but you can see them here.

On social media, his fans are very supportive. Everyone seems to care about Big Tee. Above all, they all want to see him recover quickly. Throughout this process, he continues to keep fans in the loop.

On Facebook, Big Tee is showing his appreciation to his fans. He posts about his fans and thanks them for their support during this time.

Breaux Bridges’ Bubba’s Sports Bar is hosting a fundraising event in his honor. On Facebook, Bubba’s Sports Bar shares more of the details about the event, writing, “We will be selling tickets for pork & sausage jambalaya dinners. There will be auction items, 50/50 raffle tickets, 9-ball break contest (if time permits), sweets for sale & whatever else we can do to raise money. Anyone that wants to help or donate items or cash can get in touch with BIG Tee or the staff at BUBBA’S SPORTS BAR. The doors will open at 11am & the Calcutta will start at noon sharp.”

The fundraiser for the Swamp People star is set for August 24. If you would like to attend the fundraiser, Bubba’s Sports Bar is located in Breaux Bridge, Louisiana. For more information, check out the Facebook page for the event.

Above all, fans are hopeful that Big Tee will make a speedy recovery and be able to be a part of the next season of Swamp People.