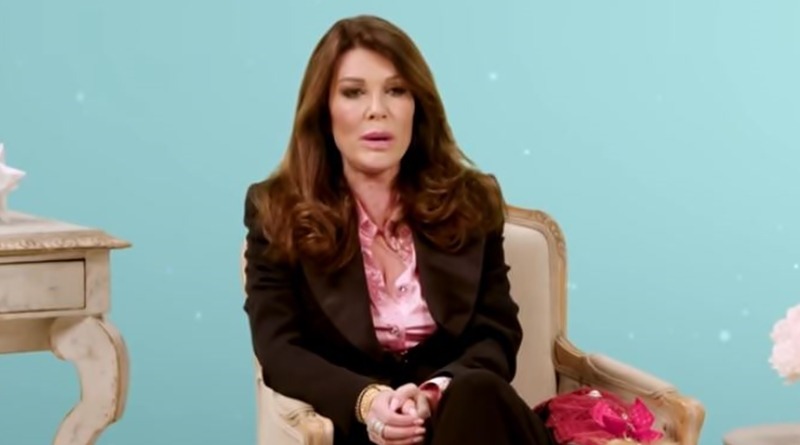 Bravo TV, and especially Andy Cohen get no love from Lisa Vanderpump’s fans at the moment. Furious that Andy Cohen seemed to side with the “mean girls” on Real Housewives of Beverly Hills, fans slammed them on social media. Now, Lisa retweeted a fan who referred to a Bravo article. The article talked about Lisa’s Caesars Palace Cocktail Garden. Of course, this sparked more speculation that there may be a spinoff coming.

During the last season of RHOBH, Lisa’s fans saw her constantly under attack. TV Shows Ace wrote, “the women in the Bravo show turned on Lisa Vanderpump and made her life beyond miserable over the alleged ‘Puppy Gate’ leaks. It got so bad, that some fans told LVP they could no longer watch the show as it traumatized them.” In fact, Lisa got some of her scenes cut, including one about Pride.

Andy Cohen was perceived as allowing the other women in the show to hammer at her unchecked. Although he later mentioned that he knows her well, and he can’t see any issues between them, fans were upset for Lisa. Since Lisa quit the RHOBH show, nothing really good about Lisa Vanderpump got tweeted by Bravo. But now, an article and comment by them became worthy of retweeting.

@LisaVanderpump.” The original Bravo Tweet was captioned with, “Vanderpump Cocktail Garden is slaying the game at Caesars Palace.” Lisa retweeted the tweets to her followers. That sparked more chatter about the rumor that there may be a Vanderpump Rules spinoff for the new restaurant coming.

Recall that back in February, Lisa sort of hinted at a Ceasar’s Palace spinoff. Entertainment Tonight reminds us what went down. They wrote, “Lisa and her business partners are currently hiring staff for the new venture, and internet detectives were quick to discover the job listings required that the employees “must be willing and able to appear on television or to be filmed while performing day to day job functions.” Lisa never gave them any commitment in their interview. However, she never shut down the idea totally either.

The Bravo TV tweet redirected people to their article about the restaurant in Las Vegas. They wrote, “Saveur just named Vanderpump Cocktail Garden among “the most Instagrammable restaurants in Las Vegas.” Of course, the fact that they wrote a story about it and then tweeted it makes fans hopeful for a spinoff. After all, Lisa retweeted the fan who spoke about “@VanderpumpVegas spin-off soon???”

Lisa could have just denied it, but she didn’t. When fans started saying they can’t wait for it and discussed it on her Twitter, she didn’t put down the rumor down either. What do you think about Bravo tweeting love for Lisa Vanderpump’s Caesars Palace Cocktail Garden? Do you think a new spinoff’s coming? Sound off your thoughts in the comments below.

Remember to check back with TV Shows Ace often for more news about Bravo TV and Lisa Vanderpump.