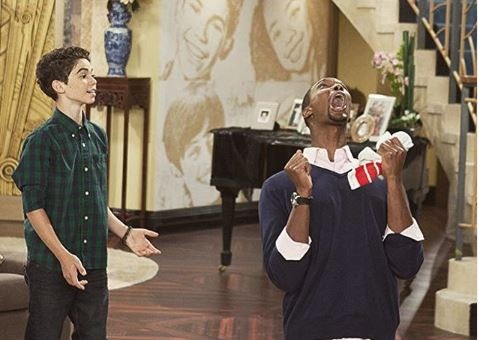 Disney Channel star Cameron Boyce has lost his life at the young age of 20. He is best known for his roles on Disney such as the hit show Jessie. He was also on Decedents which is a hit movie franchise for the channel. ABC News shared about his death tonight. His net worth was also just revealed.

What happened to Cameron Boyce?

The parents of Cameron Boyce confirmed his death tonight. His death had to do with a medical condition that he had that was called “ongoing.”

Cameron’s family has confirmed his death, but so far, they aren’t giving details about what was going on with his health. Here is the statement from the family.

“It is with a profoundly heavy heart that we report that this morning we lost Cameron. He passed away in his sleep due to a seizure which was a result of an ongoing medical condition for which he was being treated. The world is now undoubtedly without one of its brightest lights, but his spirit will live on through the kindness and compassion of all who knew and loved him. We are utterly heartbroken and ask for privacy during this immensely difficult time as we grieve the loss of our precious son and brother.”

Cameron Boyce was already scheduled for several upcoming roles. Just Friday, he posted a headshot of himself on Instagram.

The fans of Cameron Boyce are shocked to hear this news and going to Twitter to share their thoughts. It is hard when a star dies at such a young age. Most of his fans were younger due to his roles on Disney Channel.

Cameron Boyce really dead. He was my whole childhood. I grew up watching Jessie and he was always my favorite character. And now he's gone pic.twitter.com/lTlH9fTK9c

i am absolutely heartbroken, i don’t want this to be true. RIP cameron boyce 💙 we love you legend

I grew up watching Cameron Boyce on Jessie and I used to have the biggest crush on him….I feel like I lost a part of my childhood and a friend pic.twitter.com/ApMEFw3P4u

His death does come as a shock, but this is not fake news like a lot of fans are hoping for. Instead, Cameron Boyce really has lost his life at the age of 20.

Are you shocked to hear about the death of Cameron Boyce? Share your thoughts and condolences in the comments below. Always check out TV Shows Ace for the latest news.

‘This Is Us’ Star Chrissy Metz And Cast Are ‘Distraught’ Over Series End
Candace Cameron Bure Hits Milestone With New Book
Bri Springs Quit Her Job For Matt James – Was It Worth It?
Isabel Roloff Shares Why She Feels ‘Absolutely Hopeless’
‘American Idol’: See The Stiff Competition Between Cassandra & Celeste