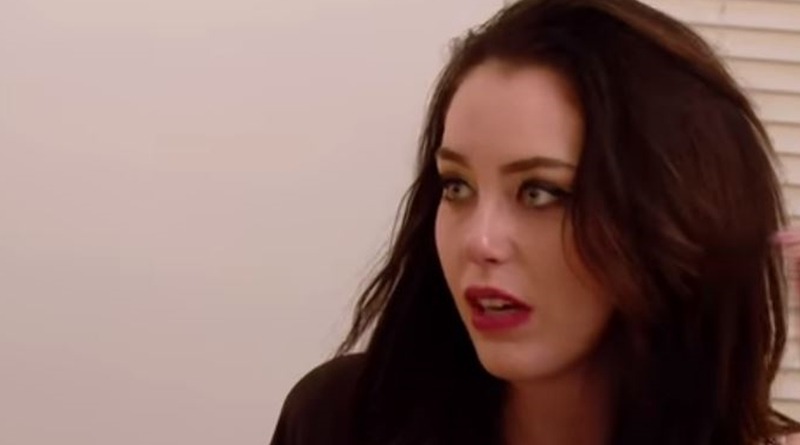 90 Day Fiance: The Other Way features Deavan Clegg and Jihoon Lee. Already, she has picked up a lot of fans and also a lot of critics. On her Instagram, the model received a lot of horrid comments about the way she’s raising her daughter. Plus, fans speculate the accuracy of her pregnancy dates. Jihoon’s a Korean, and Deavan’s American. Actually, she fell pregnant on her first night with him, she maintains. Now, on an Instagram Q&A, she told critics to go “read a health book.”

90 Day Fiance: The Other Way star Deavan Clegg does a Q&A and tells critics off

Taking to her Instagram Saturday night, Deavan answered some questions from TLC fans. During that, she explained that she’s learning Korean and has been “for a year” or so. One fan asked her if she “smokes weed.” To that, she replied, saying, “No, I’m against drugs.” She added, “I know some people say it’s not a drug, but for me, I don’t do any of that stuff. Personally, I think it’s okay for medical reasons, but for me, no.”

Some fans asked if she had her baby yet and she confirmed that she had. Actually, many 90 Day Fiance fans know that already. However, we won’t see the baby just yet, due to contract agreements.  Another question came about why she dates Asian men. Deavan said, “I’ve always found them attractive,” adding, “mainly because of [their] values.” She’s also had “great experiences with their culture.” However, she only dated “one Asian man besides Jihoon.” But then she got a question that got her annoyed her, regarding critics.

‘Go and read a health book’ says Deavan to critics

In the 90 Day Fiance show, Deavan’s pregnancy reveal came rather quickly, and fans question that. Always looking for chinks and lies in the franchise, that raised speculation by fans. The couple first started a relationship through a dating app and Jihoon traveled to Utah to meet her. That same night, she became preggos. The question that came in asked, “How did you find out you were pregnant so quickly?”

Obviously irritated with the speculation about her pregnancy dates, Deavan replied quite strongly. She said, “Pregnancy test? They have tests that can tell six days before a missed period.” Deavan added, “We were on the sixth day and yes, a doctor can tell you the exact day of conception.” Next, the 90 Day star said, “Everyone spreading rumors, go read a health book.”

What do you think about Deavan Clegg telling her critics to “go and read a health book?” Did you know that pregnancy tests are so accurate these days? Sound off your experiences and thoughts in the comments below.