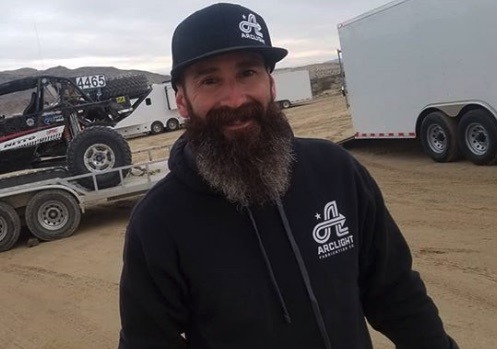 Fast N’ Loud master mechanic, Aaron Kaufman needs a job. He is traveling around the country testing out a cornucopia of jobs, but it is guaranteed he won’t be working with Richard Rawlings at Gas Monkey anytime soon. His new show, Aaron Needs A Job, is premiering soon. What is it about?

Master mechanic Aaron Kaufman is starring in his own new show called Aaron Needs A Job. He had walked away from Gas Monkey Garage when he quit Fast N’ Loud. Then he pursued his love of racing, but that broke the bank. Now, the former Fast N’ Loud fan favorite is searching for a new job with “motors, machines and more.”

According to The Futon Critic, Aaron is traveling around the country and testing out some new mechanical jobs. He is exploring new motor-driven jobs around the country. This includes NASA, Nevada firefighters, a Colorado coal mine, all the while meeting people and trying out their work machines. This sounds show sounds like a bit like Dirty Jobs, but with different machines. And if anyone understands how machines work, Aaron Kaufman does. He promises a “wild ride around the country.”

Aaron Needs a Job premiers on July 15 on Discovery. But, what about Shifting Gears? As of now, there is no new info on whether Aaron’s other Discovery show will return for Season 3.

So what happened between Aaron Kaufman and Richard Rawlings? D Magazine went to the bottom of this last year. Aaron told them that they didn’t have “unfriendly rapport,” except now they don’t have any sort of rapport at all. He simply explained that he sees “the world very much differently,” especially with relationships. He simply explained that they “interact with humans differently.”

Richard’s point of view is that Aaron was just an “employee.” He contends that Aaron wanted to do things his way, but “Discovery wouldn’t let him.” He then went on to say that since Aaron left, Gas Monkey Garage is “building better cars than we’ve built before.” Ouch. That sounds like a bit of a dig on Aaron.

But Fast N’ Loud fans may wonder if Discovery had issues with him, why is Aaron still doing shows with them and why is it that Richard and Aaron no longer working together? According to Discovery executive producer Craig Coffman, Aaron wanted to strike out on his own. “Aaron was a partner with Richard. And it’s like anybody else. After a certain number of years, you just want to go out on your own and try something. I think that’s really, at the core of it, what Aaron wanted, to just do something on his own.” Coffman called Aaron and Richard business partners, contradicting Richard’s quote.

What about Aaron’s old show, Fast N’ Loud? It has been 14 months since the last episode of Fast N’ Loud Season 14 aired on Discovery. Has Fast N’ Loud been canceled?

Not even close. Season 15 is starting on July 8. Richard is also traveling around the country, fixing up cars and having some fun. In the first episode of Season 15,  Richard is in the Bay Area. The project is a 1968 Fastback Mustang that Chad McQueen, son of  that late actor Steve McQueen, wants fixed up like the car in the classic McQueen movie Bullit. After the stellar rebuilt, they get to reenact the classic car chase scene.

Are you excited to see Aaron Kaufman back on Discovery? Share you comments and opinions. Aaron Needs A Job starts on Monday July 15, 10 p.m. ET/PT. Don’t forget to catch Fast N’ Loud Season 15 starting July 8, Mondays at 9 p.m. ET/PT, all on Discovery.