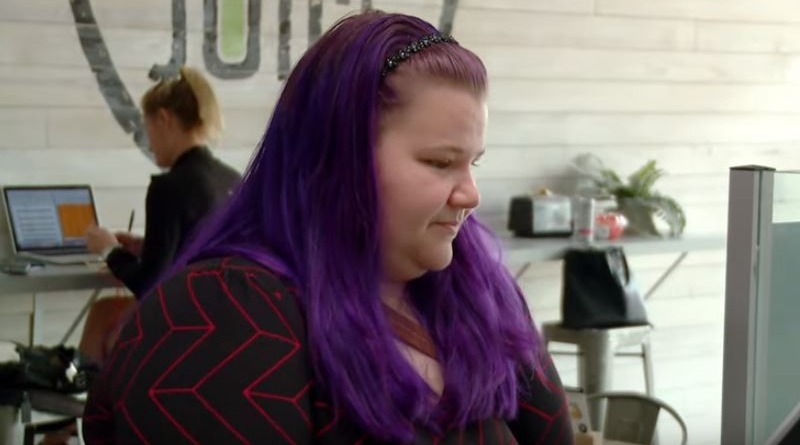 90 Day Fiance: Happily Ever After? features Nicole and Azan. We saw them meet in Season 4 and nothing happened, except Azan found loads of reasons not to marry her. TV Shows Ace reported that both fans and Nicole grow tired of the never-marrying story. Now, rumors arose that the couple finally split. However, Nicole denies that.

90 Day Fiance fans suspect a split, and the rumors grow. That came in the wake of Azan canceling the trip to Grenada where Nicole hoped for some PDA. Then, fans of the show saw the reveal of some messages suggesting Azan was playing Nicole along. However, Nicole won’t hear of it and clings stubbornly to the idea of going to Morocco to marry him.

Nicole often holds Q&A sessions on her Instagram where she insists all is well between the couple. Quite often, she refers to the fact that she intends heading for Morocco and wedded bliss along with her daughter May, this year. Skeptical fans simply don’t believe it anymore. Some 90 Day Fiance fans asked her in a Q&A Wednesday night if the split rumors were true and she denied them.

Nicole denied breaking it off with Azan

On her Instagram, two 90 Day Fiance fans asked her the same question about the rumored split. Nicole said in reply, that she has no idea where the rumors came from. She said, “100% NOT TRUE.” Then she said that followers should always read the date an article got published. She thinks maybe people read “old” stories. Next, she added, “We are still happily together.”

The second time someone asked the question, Nicole again replied. This time, she said that she really does not know how the rumors started. Obviously, she hunted around on Google for stories to check it out. She said, “I haven’t seen any articles.” Nicole added, “I bet someone just said it and kept spreading it.” Nicole also noted that many 90 Day Fiance articles were written about her over the years, saying “it’s crazy!”

Distance does not bother Nicole because she loves Azan

Nicole continued answering random questions about Azan and her ‘skinny’ fail. On that, she denied he wants her skinny, “noting that he wants her “healthy  to have a long life with him and May and our future children.” It looks like Nicole’s happy to stick with Azan as long as she possibly can. In her Q&A she said that “distance doesn’t mean you give up.” She added that loving each other’s all that matters.

So, if you heard a rumor that Nicole and Azan split, you heard wrong according to Nicole. What do you think? Do you believe that Azan fully intends to marry Nicole? Is it all about the show ratings? Are they even an item anymore? Sound off your thoughts in the comments below.