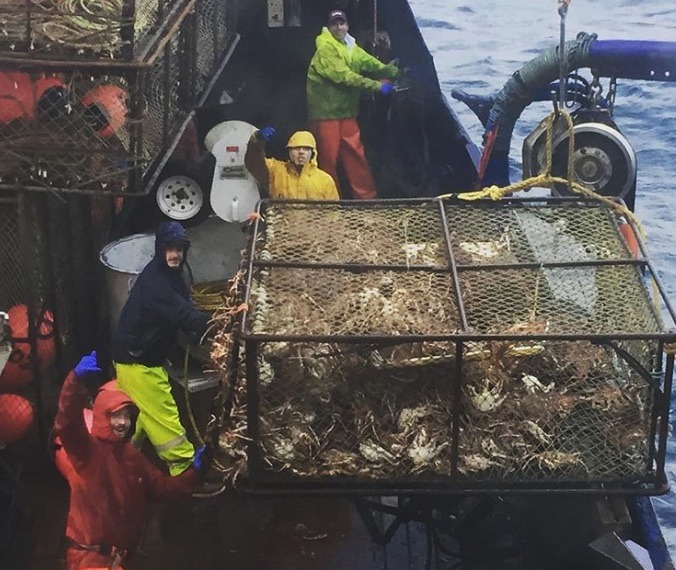 It’s no secret that crab fishing is the most dangerous job in the world, and that is why Deadliest Catch fans hero worship the captains and crew that star on this adventurous reality series. On February 11, 2017 the Destination sunk. What happened to this crab fishing vessel and what have the Deadliest Catch captains said about the boat and crew?

What Happened To The Destination?

Right now, no one knows exactly what happened to the Destination. Whatever it was, it happened so quickly that Captain Jeff Hathaway didn’t have enough time to even send a distress call. Yet, experts have pinpointed some strong possibilities on what caused the catastrophe based on the wreckage. They believe it was perhaps top heavy and ice was building on the boat. In addition, the Destination added a bulbous bow a few years back, which could add to instability.

The Seattle Times reports that they were rushed to get out and make their quota on Snow Crab. They believe that there were over 200 pots, which were more pots on deck than should have been during such icy conditions. Yet, this was “typical” of the Destination’s captain. As each pot weighed about 840 pounds, this would have meant that the Destination had top heavy weight problems. Ice also came from other spots. There was ice building on deck. The nine ports were too small and most likely did not drain fast enough. This would mean that the water would be freezing.

The experts retraced the last movements of the crab boat. The Destination left Sand Point for Dutch Harbor on February 8, 2017 at 10 a.m. and arrived to Dutch on February 9 in the early evening. A few hours later, the crabbing vessel headed towards S. George Island. There was no indication that the boat slowed down to remove the building ice. Then on February 11 at 6:13 a.m. an emergency signal alerted the Coast Guard to the sinking. The believe that at 6:12 a.m., the boat made a full pirouette, “turning completely around.”

Part of the reason that the Destination tragedy was so devastating is that they thought they made crab fishing safer the past 15 years. There were many changes to crab fishing in 2005. According to KUCB, there were 75 crab fishing related deaths in the 1990s. Crew members died due to accidents on deck, falls overboard and deadly capsizing. This is because it was the “Wild West” out there, with boats competing to be first. Things changed in 2005. Instead of the Bering Sea fleet rushing to get the crab, each boat was assigned a quota. This meant that boat captains were less likely to make decisions that could jeopardize the safety of the boat.

A boat was lost with all on board, during filming of the Deadliest Catch.
The Story is now on Discovery Channel: Mystery of the F/V Destination. pic.twitter.com/e7LltGNiW4

Although the Destination was not part of the Discovery show, the captain and crew were friends with the captains of the reality show. When the Destination went missing, Outdoors 360 interviewed Northwestern captain Sig Hansen and Captain Keith Colburn of the Wizard. Both men knew Captain Jeff Hathaway well. He was so well respected that Captain Keith said that he would not even put his boat on the show, he was so serious about fishing.

They looked up to Captain Jeff. The late captain’s expertise was second to none. Sig even shared that a few years before, Jeff had helped him through a difficult maneuver on the beach, instructing him over the airwaves. Most of all, the captains were reminded just how dangerous their jobs are. Captain Keith admitted that this tragedy was a warning to all. “This is a warning to never get complacent — to always be vigilant at sea.”