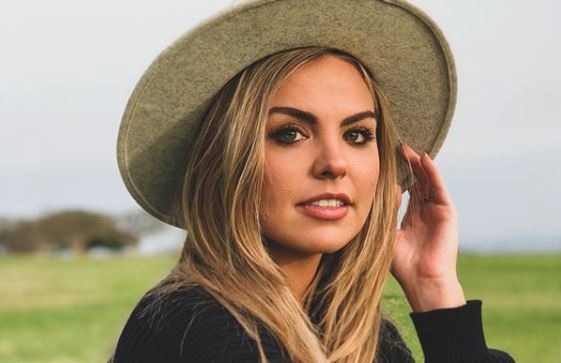 The news is out and Hannah B and her winner have already split. The Bachelorette isn’t even done airing yet, but spoilers are out. Reality Steve went to his blog today and shared the news that they are over. This is after he shared recently that the engagement was off, but the couple was still together.

It turns out that Hannah B picks Jed Wyatt in the end. The thing is these two don’t work out. There has been a lot of talk seeing that Jed had a girlfriend when he went on the show. He joined the show telling her that he would be back for her but ghosted her when he got home.

Now, Reality Steve says that The Bachelorette couple is over. Hannah B called it quits with Jed Wyatt. This was all filmed too. They have filmed splits like this in the past, so that isn’t shocking. It will air on After the Final Rose, which will be on July 30. There will actually be a new episode on July 29 and July 30.

No I have not. But yes, I will find one now. Thank you for this nugget.

It turns out that Jed Wyatt did tell Hannah B about Haley. This was after they were already engaged, though. She had already said yes to him before he let her in on that secret. Nobody knows how much he told her, though. Some of the information may have been revealed to Hannah when it all came out in the news. Regardless, she was obviously not happy about it all.

Will she stay single?

First off, Bachelor in Paradise is already done with filming. That means that any guy that Hannah didn’t keep could have found love on that show. There is also the chance that any of the other guys might be cast as The Bachelor. If Hannah wants to get back together with someone, it might not even be a chance now.

Are you shocked to hear that Jed and Hannah B are over? Share your thoughts in the comments section below. Don’t miss new episodes of The Bachelorette on Monday nights on ABC.

Wait, Is ‘Storage Wars’ Season 13 Over Already?!
‘Sister Wives’: Is That Gwendlyn Brown’s Girlfriend?! [Pic]
Kendra Caldwell’s Family Hides Newborn Baby, But Why?
Kaitlyn Bristowe Reveals All Past Plastic Surgery Procedures
Todd Chrisley Talks About People Who Stab Him In The Back