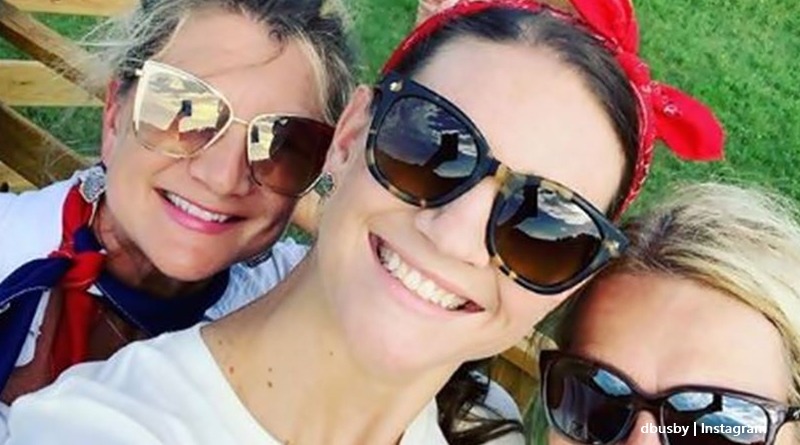 OutDaughtered fans heard from Danielle Busby that they went on a cowboy vacation in Texas. Later, it emerged that they stayed at the Silver Spur Guest Ranch in Banders, TX. TV Shows Ace reported that Blayke loved the horses, and the extended family outing looked like a lot of fun. Now, the cowboy vacation ended, but we may see it feature in a new season of the TLC show.

Keeping the fans updated while on their vacation, the Busby’s shared plenty of photos and stories on Instagram. In fact, they shared the beginning, the middle, and the end. On her Instagram page, Danielle shared the vacation’s over now. But they made many special memories. They went to a country concert, rode horses, and generally had a good time. However, Danielle shared a picture and said they “[miss] the Ranch life already.”

Some folks wonder how they could afford the big outing. Actually, the extended family, including Danielle’s mom went along as well. So, maybe they all chipped in for the summer break. Or, TLC may actually be shooting the vacation time that the OutDaughtered family enjoyed so much. That bodes well for a new season of one of the most popular shows on TLC.

Lots of photos end up with sharp-eyed fans scouring them for clues. Others hunt down answers and comments. Sometimes, the extended family will comment on posts as well. So, here’s a clue they had the film crew along: @bestaunttocca34 replied to one follower who asked if the kids were with them on vacation. They noted, “chk previous pixs 🙂 that is family trip, included production crew :).”

Lots of OutDaughtered fans saw the family out at the concert and one fan even tried to get upstairs to meet them. However, the fan-girl got turned away as “they” wouldn’t let her in. Actually, it’s nice that the Busbys can get out and about and not be pestered by fans, especially if the crew’s along with them. So, there are a few clues that a new season may feature their vacation.

What do you think about the Busby family being able to afford so many vacations? After all, not long ago, we saw them out and about in Maui with the Roloff family from Little People, Big World. Do you hope that the production crew went along? That sounds like very good news if you’re hoping for more seasons of the Busby family. Sound off your thoughts in the comments below.

Remember to check back with TV Shows Ace for more news about OutDaughtered.