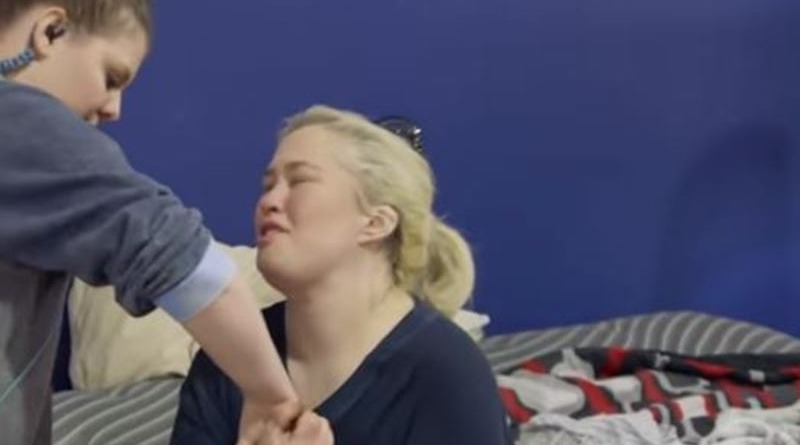 Mama June Shannon seems to have fallen way down the ladder from her previous personal successes. In the last season of Mama June: From Not to Hot we saw her slide to the point where the family did an intervention. Since then, she’s been in casinos and allegedly looking a bit under the weather. Now, TMZ reports a source inside the family said that an attorney makes a plan to safeguard Alana’s money.

The family’s concerned about Geno and Mama June because she seems immune to any attempts to help her addictions. Plus, Alana, 13, ended up in the custody of her elder sister Pumpkin (Lauryn). That came after things got so bad that Alana cried. However, she cheered up when Pumpkin took her in. Even Jennifer and Sugar Bear agreed Alana would be better off with Pumpkin.

Now, to make sure that June and Geno can’t misspend Alana’s money, safeguards will be put in place. TMZ reported that Pumpkin “can only use the money for Alana’s needs and benefit, and there are safeguards in place.” They added, “She also needs to show proof and receipts of where the money goes when she accesses the account.” That accounts also changed and Mama June has no access to it.

Fans think jail might be the best place for Mama June

June and Geno got arrested for alleged possession of drugs and for domestic violence. Shocked fans started to think there was more to the storyline than just scripted stuff. In the show, we could see that it looked like June’s teeth were falling out. She seemed obviously high on something a lot of the time. Even the most faithful fans started to wonder if a jail term might help get June off the drugs and away from Geno.

Obviously, June’s in a state where she seems to be behaving with diminished responsibility. At the moment, she’s not in jail and seems to be living a whirlwind life of casino after casino. Sooner or later that lifestyle breaks the bank. It’s very likely the family asked for the attorney to help out so they can’t throw Alana’s money away on their addictions.

In the finale of the Mama June: From Not to Hot show, we saw that June actually knows she’s in a bad state. In fact, she said, “I’ve lost myself completely and I know that.” She added,  “I’ve lost who I was about.” She also said, “I don’t want to get up out of bed. I don’t want to get my hair done. I don’t want to do my nails.” If things slid even further since the show was filmed, then it’s likely the rest of the family would want to look after Alana’s future.

What do you think of the news that Mama June Shannon might lose access to any of Alana’s money? Do you think it’s a good thing to safeguard it? Is there any hope that June can stop her spiral into the pit of addiction? Would a prison sentence help her? Sound off your thoughts in the comments below.