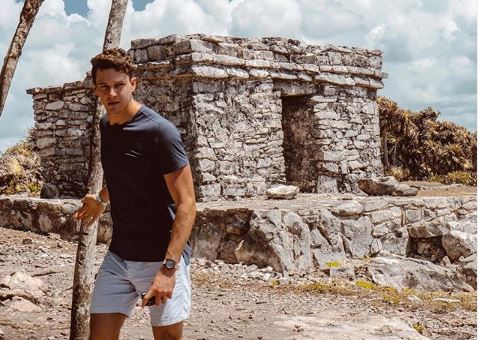 Bachelor in Paradise 2019 spoilers are coming out. It turns out that Connor S from this season of The Bachelorette will find love. The thing is that it won’t be in the traditional way that it normally happens on the show.

Connor S Finds His Girl on Bachelor in Paradise

Reality Steve is great at sharing spoilers for Bachelor in Paradise. This season just finished up filming. Now, Steve is revealing that Connor S from this season of The Bachelorette will find love. It is a crazy way that it works out, though.

Steve shared the details on Twitter. Here is what he had to say about it.

“(BIP SPOILER): Whitney Fransway (Nicks season) went to Chris & Krystal’s wedding & met Connor. They hit it off. Connor is on the show waiting for Whitney to join. She never does, so he leaves. Whitney finally comes on, but Connor isn’t there. So she leaves & they’re together now.”

This may not be the normal way that someone finds love on the show, but it worked out. Connor and Whitney are doing well so far. Hopefully, spoilers will be coming out soon.

How could you not smile when the suns out ☀️😊

Connor S got the girl

Connor S looked like he might end up with Hannah B, but she sent him home on tonight’s episode. Fans were surprised to see him go home, but the connection just wasn’t there. She went ahead and kept Luke P which shocked the viewers.

Now, Connor S has got the girl it just wasn’t Hannah B. Hopefully, that means that this all worked out for a reason. If Connor had never gone on the show, then he would have never ended up with Whitney. It will be interesting to see them on the show and how it turns out. Filming for Bachelor in Paradise 2019 just came to an end. Spoilers about who is still together will be coming out soon.

Are you happy to hear that Connor S finds love? Share your thoughts in the comments section below. Don’t miss new episodes of Bachelor in Paradise when it starts airing on ABC later this month.