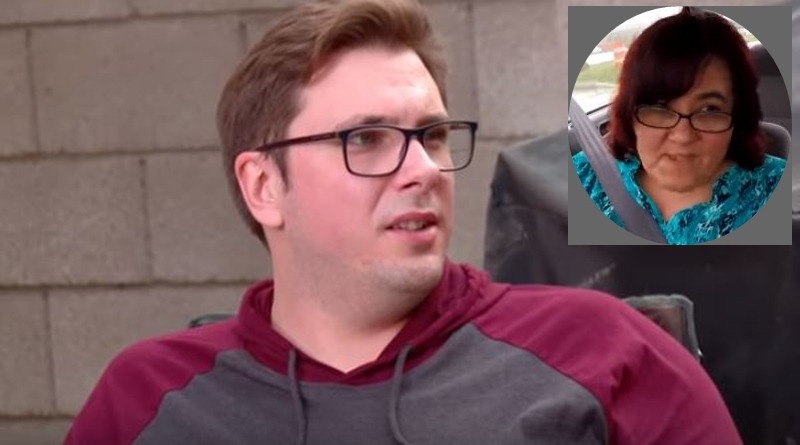 90 Day Fiance fans can recall Danielle Jbali who fell in love with Mohamed. The proposal to marry came from Mohamed after an online relationship. Bringing him to America, they married but Mohamed later bailed on her. Later, in What Now, we heard Mohammed really hurt her pocket. Anyway, like Danielle, Colt a.k.a Coltee and his wife Larissa Lima also split and divorced. Now, Danielle hilariously bombed a thread on Colt’s Instagram.

Fans of 90 Day fiance know that Colt called the cops on Larissa Lima more than once. Now, flashing back to the scene, Colt took to his IG and shared a post. He captioned it with, “Feeling cute, might bail wife out of jail later idk.” Well, of course, that brought out the witty follower who asked if his mom Debbie was in jail. That comes from fans who speculate the Debbie’s too clingy with some rather horrid comments about their very close relationship.

It was not really trolling so much as fans of the show lightly poking at Colt. Actually, there’s far worse trolling on other Instagram accounts. Next, someone suggested that now Larissa’s gone, Colt should get together with Danielle Jbali. That took the trolling in a different direction because previously, Danielle was fat-shamed by her trollers. One follower thought the user who suggested Danielle must “really hate Colt.”

Danielle Jbali got tagged, then bombed the thread

90 Day Fiance fans continued the thread about Daniele Jbali. It included some very uncomplimentary things about both the two people. In fact, it ranged from the type of body pics they share, the type of glasses they wear, through to how annoying one person found Danielle. Plus, someone slammed at both of them for letting them get used. They wrote, “@colteej and Danielle get fooled by people who used them to get in the US and now they’re living the life here! I was feeling sorry for both of them, but not anymore.”

Anyway, without encouraging trolling, there were lots of other rather ugly comments. Eventually, joking, some of the fans started tagging Danielle to look-up and hook-up with Coltee. Then Danielle did the best bomb ever, landing upright in the thread about her and Colt. She just handled them so well. Her comment said, “I don’t think so and I am already in a relationship.”

Fans of Danielle Jbali liked the way she bombed the thread that pretty quickly dried up on Coltee’s Instagram. One of them replied, saying, “Glad you called them out. And glad to hear you have moved on.” Another said, “I liked that comeback! 😂😂😂” One more commenter posted, “@daniellejbali lol smart girl!”

It’s interesting that Danielle said she’s in a relationship. It’s nice to hear she moved on from Mohammed. Cosmopolitan reminds us that back “in season 2 of 90 Day Fiance: Happily Ever After, Danielle tried to get Mohamed deported. She had conversations that he had with other women as alleged proof that he was never in it to win it with her.” That was a hard time for her. However, over on her IG, we see posts that show her getting it together with a good diet and exercises.

What do you think about Danielle Jbali bombing in on the trollish hook-up thread on Coltee’s Instagram? Did you love the way she handled it? And, did you giggle just a little bit at the thought of a few red-faced trollers sitting behind their keyboards? Sound off your thoughts in the comments below.