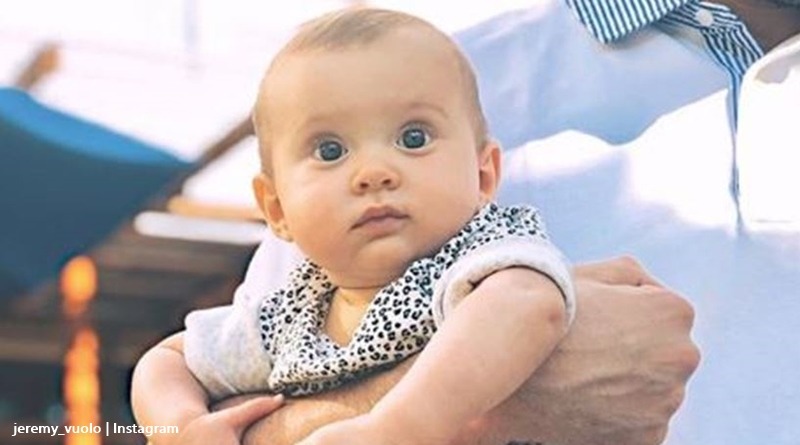 Counting On fans know that grandma Mary Duggar passed away and the family gathered to lay her to rest. Now, Jeremy Vuolo revealed a new photo of Felicity with her uncle James Duggar. It may have been taken during the time of sadness for the family. It’s not clear, but if so, then that may explain his delay in revealing the picture.

Earlier this past week, Jeremy revealed a lovely video of Felicity. They were relocating to Los Angles which was promised some time back. In that video, we saw Felicity riding on her suitcase. TV Shows Ace reported, “Jeremy posted a picture on his IG showing the TLC crew. He spilled the tea that their relocation from Texas is featured next season. Next, he brought an overload of cuteness by sharing a video of Felicity traveling.”

Now, Counting On fans got to see another picture that happened before the move to California. Jeremy shared, “Before making our way west, Felicity got to spend some quality time with family. She especially enjoyed hanging with Uncle James, aka. Slim Jim.” As usual, Felicity looks totally bright and curious. She’s being held by her proud uncle.

It’s a fact that many Counting On fans think Felicity’s an amazing little girl. It’s not just that she’s pretty, but they love how curious she always looks. In this photo, she looks at the camera with big eyes and looks very relaxed as Uncle James cradles her carefully. Here’s what some fans said about it:

Of course, there were many more comments from Counting On fans but the post is shared below, so you can read more if you like.

Before making our way west, Felicity got to spend some quality time with family. She especially enjoyed hanging with Uncle James, aka. Slim Jim.

The move to Los Angles will bring lots of changes to the lives of the Vuolo’s. So far, both of Felicity’s parents have been really good about sharing photos of their daughter. Now, hopefully, fans will see lots of pictures of her in their new home. The surrounds are really nice and there’s so much to do with children. Maybe we’ll see photos from Jeremy Vuolo in the future of Lissy exploring the beaches and playgrounds.

What do you think about the sweet photo Jeremy posted up of Felicity and Uncle James? Do you think she looks a bit regal? Sound off your thoughts in the comments below.