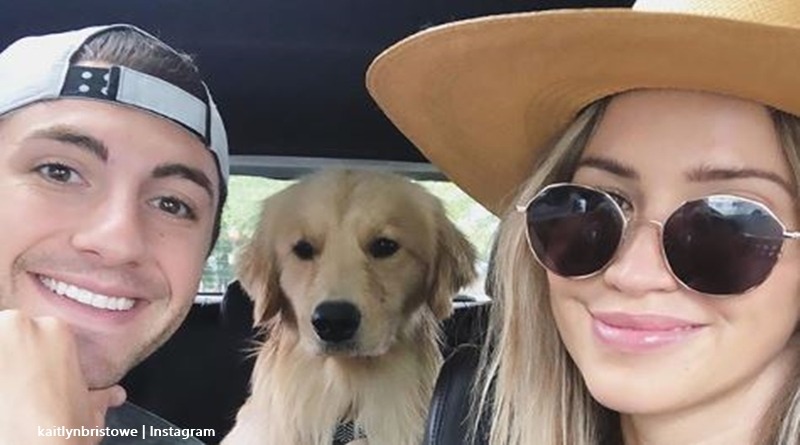 The Bachelorette star Kaitlyn Bristowe from Season 11 is dealing with a bit much right now. Fans can recall she got engaged to Shawn Booth but they split in 2018. Nowadays, she dating Jason Tartick and they moved in together in May this year.  TV Shows Ace reported, “Jason and Kaitlyn have been dating for about six months now. They started out unconventionally. They just kind of mentioned the other was cute on podcasts. Just like that, they ended up together. Since then they have posted super cute photos and really seem happy. However, a photo Jason posted up on his IG recently ended up with Kaitlyn crying “on the floor” after being body-shamed.

The Bachelorette crossover with Kaitlyn and Jason Tartick

Bachelor Nation fans know that there’s a bit of a crossover with Kaitlyn and Jason. He was on the 14th season of the show but got sent home. It’s funny how life turns out sometimes, as they both starred in The Bachelorette shows, but not in the same season. Somehow, it was fated to be, as they now live together and seem obviously in love.

In fact, they show all the signs of commitment, now they added doggie “Ramen” to their little family. Recently, Kaitlyn celebrated her birthday, and a very loving message came to Kaitlyn from Jason, on his Instagram. That’s not the one that made her cry on the floor. A more recent picture that was reminiscent of good days upset her very much. Well, not the picture, but the hateful comments.

The picture that made Kaitlyn cry “on the floor” showed her and Jason with Colton Underwood from The Bachelor and Cassie Randolph. Fans can recall Colton’s famous fence jump came when Cassie felt a bit uncertain about a lifetime commitment to him. They got through that, are dating now,  and actually plan ahead for a wedding and kids, US Weekly reported.  Anyway, both couples are posing in an unusual way in this photo.

Jason captioned it with, “Incredible people, not so incredible pose…wonder what Cass is saying to Colton?” Kaitlyn responded by saying that she loves Jason very much. But followers of The Bachelorette said nasty things about her legs. Others chipped in saying she looked “pregnant.” Some even hammered away at Kaitlyn’s shoes. Other fans got angry and tried to stop the trolling.

Fans stick up for Kaitlyn Bristowe, she cries and then thanks those who care

Kaitlyn saw those nasty comments. And, it seems she also saw the fans trying to stop the trolling. One fan wrote, “You all are being so mean and judgmental…there are comments that she needs to eat more and comments that she looks pregnant…why do y’all even care. She looks great she’s a good person build her up. If you were in the public eye and people wrote comments like that on your photos it wouldn’t feel very good. If you don’t have anything nice to say don’t say anything at all.”

Over on her Instagram, Kaitlyn posted on her story. In it, she wrote, “U know what, I’m gonna be real. I didn’t laugh this one off.” The Bachelorette added, “I cried on the floor.” Plus, she explained that she’s “had body image issues in her life.” Also, she’d just had a huge dinner. She also noted trolls either get in her face about being skinny and not eating enough or say she’s fat or preggos. She notes, “Both hurt.” Later, she thanks those who support her.

It’s actually really sad that Kaitlyn Bristowe gets trolled about her body. How would you feel if someone did that to you? Have trolls ever made you cry so hard you end up on the floor? Sound off your thoughts in the comments below.