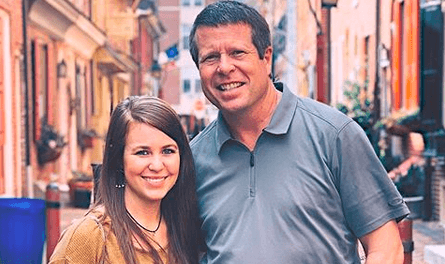 In the Duggar family, the children typically get married in their early twenties. Shortly after that, they start having children. This is what’s normal for this family, but one of the children is doing things a little bit differently.

Jana Duggar is 29-years-old, but she still lives with her parents. She hasn’t been in a courtship and she hasn’t gotten married. Though 29-years-old is not too late to get married by society’s standards, Jana is the only Duggar to wait this long.

Over the past few years, fans have referred to her as “Cinderella”. There have been rumors about her dating close family friend Lawson Bates, but she has denied all of these rumors. As of right now, Jana still isn’t in a courtship.

Even though Jana isn’t married, she has an Instagram account. In this family, the children usually join social media once they get married. Her siblings post pictures of their children and share about their anniversaries. On the other hand, Jana’s page shows off her gardening skills.

One of my happy places — the garden!! 🌱🌸☺️ . “Gardening is the art that uses flowers and plants as paint, and the soil and sky as canvas.” – Elizabeth Murray #gardeningismytherapy

Some fans love that Jana is doing things that don’t fit the Duggar family norms. Of course, she does get some backlash for her choices and the way she’s living her life. Recently, a fan told Jana that she should be doing more than just gardening. Then, Jana came back with a wise response, explaining that she already does more than gardening.

In the comments section of her recent posts, fans are sharing their thoughts about Jana’s lifestyle once again. One fan writes, “She is nearly 30. Her parents are controlling her life. Enjoy life. God gave you free will. If she has a life outside her parents. If they raised her well. She won’t get into wild dancing, kisses boys, or having a life outside of making babies. I hope she takes a leap of faith, and has a life.”

Then, another fan said, “So sad… almost 30 years old, unemployed, no post secondary education, living at home and sharing a bedroom with a bunch of much younger siblings. Time to grow up and become a fully functioning adult who actually has to live in the real world and pay their own bills! There are people that can help you if you need help escaping!”

As of right now, Jana hasn’t responded to these comments. At one point, there was some speculation that Jana would move out of her family’s home, but this hasn’t happened yet.

What do you think about Jana moving out of her parents’ house? Do you think it will happen soon? Share your thoughts in the comments below!