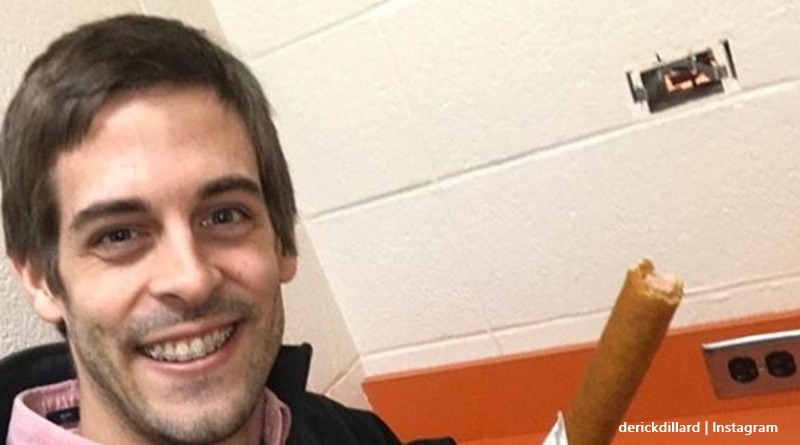 Counting On fans knew that Derick Dillard, Jill Duggar’s husband wore his braces since forever. What started out as wanting the midline corrected, ended up in surgery that involved palate expansion. That happened before he went to El Salvador. When he returned, fans noticed his face looked quite a bit different as he had problems with the surgery. Now, he finally managed to ditch the braces, and everyone feels better for it.

Jill and Derick welcomed baby Israel in 2015, and not long after, he went for ceramic braces. However, they were still very obvious, as Cheat Sheet noted. All of Derick and Jill’s photos in their Instagram accounts show his very prominent braces. Frankly, it’s a bit hard to look at. It’s almost impossible to see a pic and not get an uncomfortable feeling in your mouth.

Counting On fans often asked Jill when Derick’s braces would come off. In one post on her birthday, a fan asked Jill when Derick expected to get the braces off. Of course, she never answered, as that’s a bit personal. But when he did finally get them off, there was no huge announcement. Quietly, they carried on posting as normal, but then some fans noticed the braces were gone.

This weekend, Jill took to her Instagram to share a photo from their wedding anniversary. In it, Dericks wearing a Buffalo National River T-shirt and Jill looks pretty in a floral blouse. And, suddenly we see Derick smiling and not a brace in sight! Straight away people started commenting. However, as it was their anniversary, not all the Counting On followers were happy about that.

Still, you can hardly blame them really. Over the years, they watched Derick’s uncomfortable-looking mouth right from their living rooms. One fan asked Jill when the braces came off, and she replied. Jill said they came off “this week.” Plenty of fans said how he looks so much better with them off.

Loving springtime on campus! I could get used to free corn dogs, funnel cakes, fries, and nachos for lunch! Getting my carbs and protein in for study fuel! #arkansas

Fans offer Derick advice and congrats about his teeth

Counting On fans offered some good advice. Actually, one of them works in the dental field. They said, “make sure he wears his retainers! I work at an ortho office, his smile is too handsome and you don’t want it going back after all that hard work! 😍”  Others noticed that the mid-line is still off and felt sad because he went through a lot to get that corrected. Anyway, he certainly looks much better without them

What do you think about Derick Dillard finally ditching his braces? Do you think he looks so much better without them? Sound off your thoughts in the comments below.