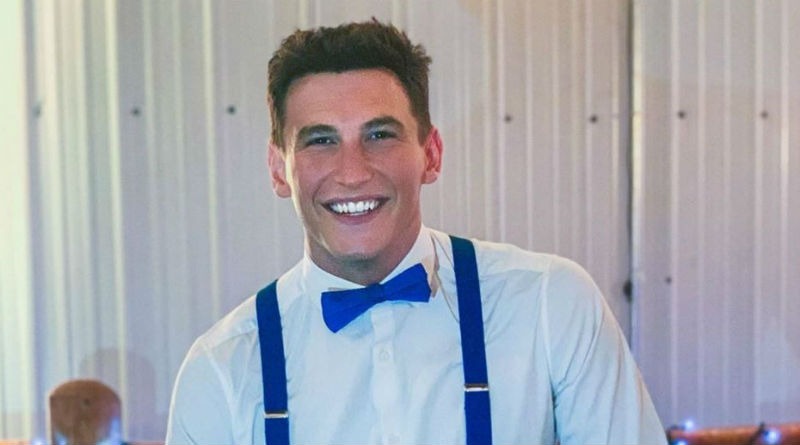 The new season of Bachelor in Paradise had not even finished filming week one when Reality Steve shared drama was brewing. The scandalous drama surrounds Bachelorette alumni Blake Horstmann. Blake has been a fan favorite for quite some time now so many are no doubt shocked by the details that are being revealed.

What information is being shared about Blake’s drama on Bachelor in Paradise?

Reality Steve originally sent out a tweet simply saying, “Ok fine. One hint about “Bachelor in Paradise.” Through one week of filming, it’s the Blake Horstmann Show and it’s not even close. Nor is it good.” The tweet got tons of attention from fans dying to know details surrounding Steve’s words.

Steve finally decided to release the details of what is going down in Paradise. Steve went to his blog to reveal everything that was being said about Blake on the show. Blake is given the first date card for Season 6 and takes Tayshia Adams. The next day Kristina Schulman arrives. She uses her date card to take Blake on a date. The two had briefly dated in the past and according to Blake just didn’t work out. This is the point where drama reportedly kicks in.

Ok fine. One hint about “Bachelor in Paradise.” Through one week of filming, it’s the Blake Horstmann Show and it’s not even close. Nor is it good.

Blake does not have a good reputation in Paradise

Reality Steve shared information that he is says will be discussed on the show. It has been revealed that at Stagecoach Blake and Tayshia made it a point to hang out the first night there. It wasn’t an official date, but the two showed interest in each other. The next day Blake had sex with Caelynn Miller-Keyes. The day after that he had sex with Kristina. The girls reportedly will confront Blake about this promiscuous ways.

The drama doesn’t stop there. Steve also revealed that two weeks prior to departing for Bachelor in Paradise, Blake flew to Alabama to see Hannah Godwin. It was a planned trip because the two were interested in each other.

No postseason like the @nhl postseason! Shoutout to @nhl for the awesome night! Be sure to check out the link in my bio for a chance to win tickets to the Stanley cup Finals! #goavsgo #myplayoffsmoment #NHL_ambassador #stanleycup playoffs #seeiwearsleeves

Blake is confronted by the women on BIP

According to Steve, Tayshia was the one girl who was blindsided the most by Blake’s actions. The other girls had already found out what had happened. Caelynn reportedly confronts Blake on the beach and it is found out that after having slept with her Blake told her it was a mistake a few hours later.

The women, as expected, are pretty much disgusted with Blake’s ways.  His relationship with all of them has hit a brick wall. He and Kristina are reportedly exchanging roses, however, Steve believes it is just to stay on the show and they are not interested in rekindling their romance.

What does Blake want?

After giving his first rose to Tayshia at the first rose ceremony, Blake tells Caelynn and Tayshia he is there for Hannah G. She is not reciprocating his affection. Hannah G. has been with Dylan since day 1 of filming and it appears she has zero interest in pursuing Blake.

Blake is reportedly regretful of his actions and has shed tears more than once on this season. This drama has tarnished his reputation that fans had loved so much. Will he be able to redeem himself? Will Blake leave Paradise alone or will one of the women give him another chance?

The new season of Bachelor in Paradise will premiere in August on ABC.