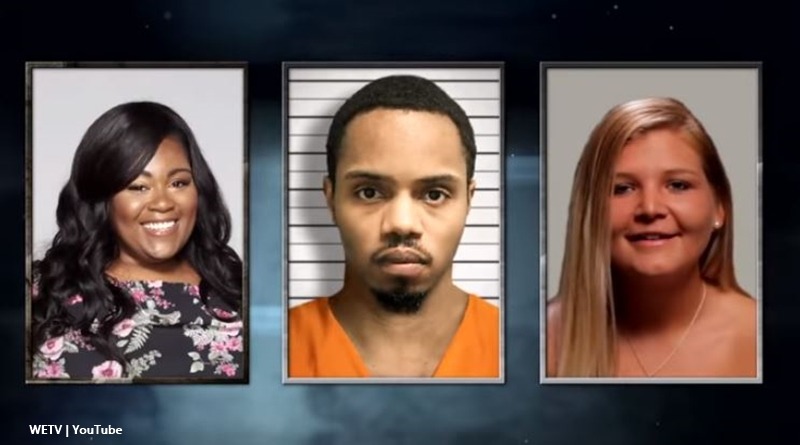 Love After Lockup: Life After Lockup by WeTV features Megan, and Sarah and Michael. Actually, it’s a bitter relationship with little love lost between the two women in the love triangle. Actually, fans of the show really don’t get how they feud over Michael, who’s not really the prize of the year.  Anyway, on their Instagram things just got savage between them.

Love After Lockup savage messages deleted, but the gist of it was noted

Starcasm caught some of the messages before they got deleted, and shared bits and pieces in their article for Love After Lockup fans. They wrote, “There was quite a bit of tweetin’ ‘n’ deletin’, so we don’t have the full picture. It seems Megan mentioned that she had spoken with Michael and Sarah’s daughter via FaceTime, and that got Sarah feelin’ some kinda way.”

On Instagram Stories, Megan posted that she “never said anything negative.” However, Sarah said she had proof in the form of “text messages.” That got a hot response with Megan telling Sarah to “post them.” She added, “it’s gonna show is how much I loved a ni**a. Don’t lie and say I spoke bad about your daughter when you have me blocked hoe.”

Talk about “hubby” between Megan and Sarah

Megan then went off and started talking about how she has to sleuth to discover what her Love After Lockup “Husband does.” So it seems people get “mad” at the wrong person.  Now, Megan feels this kind of trouble just makes her back into the “old” person she used to be. However, she’s so mad, she said, “‘IDGAF. That’s what y’all want anyway.”‘

Then she came back and said, “‘Stop f***ing playing with me. I’m over the back and forth stuff. From all your sleuthing I’m sure you have my number.”‘ Another story showed her say, “Everything I’ve done I stand on. But I’ll never let a hoe lie on me. Take that as y’all will. Good night.” Plus, lots more followed with the ‘F-word’ taking up a lot of space.

On one of her recent IG posts, one fan of Love After Lockup expressed to Megan what has everyone scratching their heads. They wrote, “Why would you love a man that loves another woman at the same time? When is he going to take you serious?” Another person, on an earlier post, noted, “Just remember, if [a] man will cheat on his wife with you, he WILL cheat on you with another woman. Don’t ever lower yourself to a cheater. It’s not worth the heartache in the end.”

Similarly, on Sarah’s IG, Love After Lockup fans don’t get it. This comment about sums it all up: “Honestly you should let Megan have Michael. you are [too] good for him you should never let anyone treat you this way and since she wants him so badly you should let him go. because trust me he’s going to dog her out when she found out y’all were married she should’ve let him go in love or not stay strong sis.”

The whole thing seems like a hot mess now, similar to their previous feuding. What do you think about the Megan, Sarah, Michael love triangle getting savage on IG? Sound off your thoughts in the comments below.

’Sister Wives’ Fans Feel Inspired By Janelle Brown, And Here’s Why
When Hope Calls’: Latest Info On ‘WCTH’ Spinoff
‘The Bachelorette’ Alum Bennett Jordan Found New Love, Who Is It?
Jennifer Aniston Reveals She Is Not Attending The Emmys This Year And Why
Erika Jayne Compares Herself To ‘Street Fighter’ Character Chun-Li