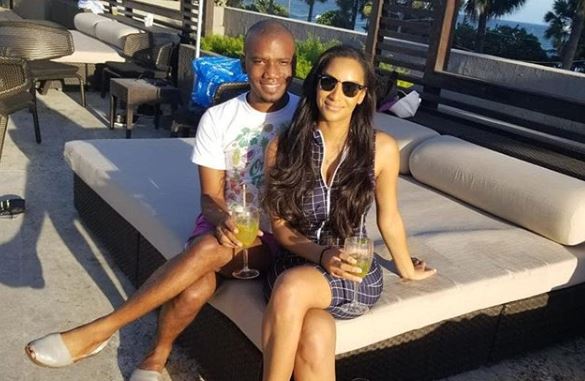 90 Day Fiance fans have seen the drama with Chantel and Pedro. This couple is on 90 Day Fiance: Happily Ever After. Now, Chantel’s friend from the Dominican Republic is speaking out and saying that their marriage was a “setup.”

In Touch Weekly shared what Obed had to say about Chantel and Pedro’s marriage. Chantel just went back to the Dominican Republic since Pedro bought a one-way ticket there. On tonight’s episode, she will meet up with Obed. She is pretty sure that he knows a few things about Pedro and she wants answers.

He tells her, “As a friend of Pedro’s family, I wanted to like, come forward to Chantel and tell her the truth cause I’m the only one who knows his family, like for real.” With Chantel being from the United States, she doesn’t always know what is going on in the Dominican Republic.

Obed tells her about marriage “setup”

Obed tells Chantel that her marriage was actually a “setup.” He is seen explaining saying, “I feel that it was a setup. They arranged Pedro to meet you and you to fall in love with him.” He then tells her that it was Pedro’s family who allegedly did the setup.

The couple met through a mutual friend and they hit it off right away. He was helping her with her Spanish. They ended up falling in love and getting married. Chantel’s family hasn’t liked Pedro from the start, though. He has also been known to spend a lot of money on gifts to take back his mother and sister. Chantel has never been able to get along with them.

If this marriage was set up, it would probably be so that he could get a green card. There are also a lot of opportunities in the United States to make money. Fans will just have to wait and see tonight what else happens when Obed explains to Chantel what he has heard about her marriage. Because of this preview, fans do not want to miss the new episode tonight.

Are you surprised about what Chantel’s friend is saying about her marriage to Pedro? Share your thoughts in the comments below. Don’t miss new episodes of 90 Day Fiance: Happily Ever After on Sundays on TLC.