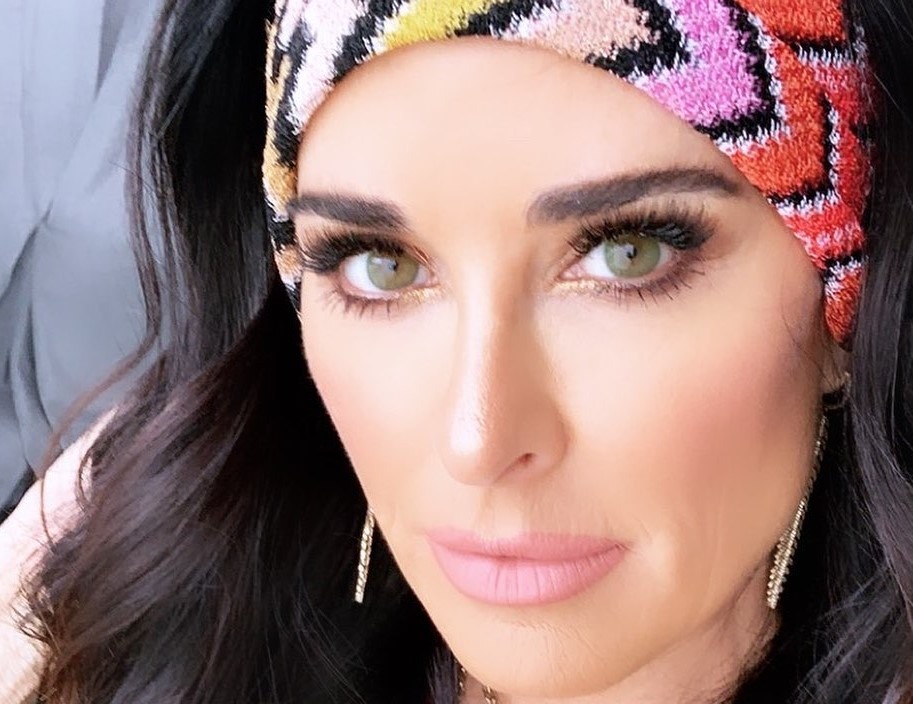 RHOBH viewers saw yet another feud explode this week. This time, Lisa Vanderpump was nowhere to be found (or blame.) The spat between Kyle Richards and Erika Jayne began on-screen last week when the ladies were in Provence, France for a girl’s trip, sans Lisa Vanderpump.

As Teddi Mellencamp expressed her outrage over Lisa Rinna dressing as Erika Jayne for Halloween, Erika kept saying it didn’t bother her. That wasn’t good enough for the rest of them. Kyle, in particular, kept pressing Erika, repeatedly asking if Lisa’s impression her upset her. Erika repeatedly said no, she thought it was funny.

Later in the trip, everyone started impersonating each other, much to Erika’s confusion. Weren’t they just upset about Lisa Rinna impersonating Erika for Halloween? The ladies again bring the topic up, causing Erika to declare that she was feeling bullied and elegantly storm from the room.

Kyle confided in Teddi that Erika always seemed to be in a “bad mood” around them. Can’t imagine why.

In the scheme of Real Housewives feuds, Kyle and Erika’s fight doesn’t even make the grade. No tables were flipped or extensions snatched out. However, fans still wondered if the two were able to make-up. Some felt that Erika’s tweet that simply said, “I’m good” with a sunglasses emoji meant the two had settled their differences. Kyle certainly thought so, as she retweeted the missive.

Who Should Replace Lisa Vanderpump on RHOBH?

According to Kyle, people ask her all the time who she thinks should replace Lisa Vanderpump. Lisa famously quit the show after falling out with Kyle. Lisa Vanderpump even refused to attend the reunion, meaning she didn’t get paid for the season.

Kyle’s pick for a replacement is Chrissy Teigen, “but I know she won’t do it, so I gotta think of somebody else now, because I know she’s never going to do it.”

Kyle also claims the show is “doing well” without Lisa. Lisa Vanderpump hasn’t been featured in the last few episodes despite filming some footage on her own. She claims the producers cut her solo scenes.

There were rumors last month that Kyle’s sister, Kathy Hilton, would be the new housewife. Both Kathy and Bravo executive/host Andy Cohen immediately shot down those rumors. As for Lisa Vanderpump, she will still appear on Vanderpump Rules. She also reportedly has two spin-offs in the works for Bravo – one for Vanderpump Dogs and one for her new restaurant.

There are just two episodes left in Season 9 of The Real Housewives of Beverly Hills. Watch them Tuesdays at 9 p.m. on Bravo.

Chase Chrisley Sells Nic Kerdiles For Best Offer: Well, Kind Of…
Amy Roloff Is Excited About Her Wedding, But Is Chris Marek?
Joy-Anna Forsyth Under Fire For ‘Reckless’ Mistake [Video]
Check Out Trailer For Unique Netflix True-Crime Docu ‘Heist’
‘OutDaughtered’ Fans Clearly Have A Favorite Busby: Who Is It?!