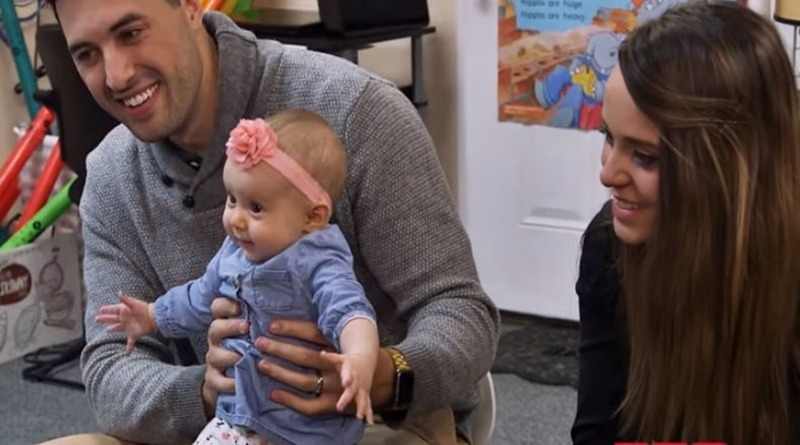 Counting On fans heard a while back that Jeremy and Jinger Vuolo, along with their daughter Felicity, planned to relocate to Los Angeles. Nothing happened since then, so fans wondered if it all got canceled. However, Jeremy Vuolo announced on his Instagram the move has started. Plus, the TLC crew along with them.

In March this year, Jinger and Jeremy took their little girl with them and went on a vacation to Los Angeles. TV Shows Ace speculated then that maybe they considered moving there. We wrote, “They just appear to be very comfortable in Los Angeles based on their pictures. They seem to fit in there. If they like it enough, it may warrant a move.”

Later, we reported that indeed, the Counting On couple were moving. In that report, we noted, “The couple feels like God is leading them to move away from Laredo, but there is more to it than just that. They went on to share details.” We quoted Jeremy as saying:

“Through much prayer and counsel, the next step for our family is to relocate to Los Angeles to attend Grace Community Church as Jeremy pursues graduate studies at The Master’s Seminary. As excited as we are to begin this new adventure, leaving Laredo this July will be one of the hardest things we’ve ever done; our friends here have become like family. Please pray for us as we open this new chapter of our lives.”

Now, it’s all happening and their move’s being documented for the new season of Counting On.

On his Instagram, Jeremy posted up a photo of the TLC crew sitting in a diner. You can just see Felicity in the picture, and the crew seems to be waving at her. He captioned it with, “We’ve begun our adventure west, to our new home in Los Angeles!” Next, he said, “Along for the ride is the “Counting On” film crew (pictured), so make sure you tune in to @tlc this fall to join the journey!”

Of course, fans are thrilled with the spoiler and the fact they are moving to California. Tori Roloff of Little People, Big World answered Jeremy. She said, “Haha this is great!! Can’t wait to have y’all on the west coast!” Other fans also commented and here’s what some of them said:

We’ve begun our adventure west, to our new home in Los Angeles! • • Along for the ride is the “Counting On” film crew (pictured), so make sure you tune in to @tlc this fall to join the journey!

What do you think about the fact that not only did Jeremy Vuolo confirm he, Jinger, and Felicity really are moving to LA, but the crew’s filming as well? Are you excited for the next season that documents their new adventure? Sound off in the comments below.