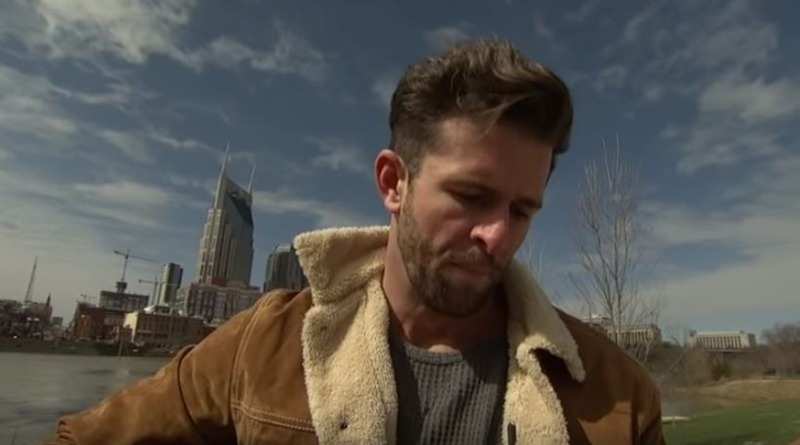 The Bachelorette saw Jed Wyatt and Hannah B getting along fine. That was despite him telling her he went on the show just to boost his career. Anyway, fans quickly heard the news that he had a relationship before he went on the show. He and Haley Stevens were dating, so people wonder why he went after Hannah B’s heart. Now, Haley revealed that he wrote her a love letter before he left.

The Bachelorette took on Jed Wyatt while he dated Haley Stevens

TV Shows Ace reported that Jed pretty much cheated on Haley by going on the show. After all, he never actually broke things off with her. We wrote, “At the time, he claimed that he was going on the show for his career. Haley shared that Jed said, “He told me [early on] that he had applied. He said, ‘It’s probably not going to happen, but it’s a huge opportunity. I’m only doing this for my music.’ He only did it for his career.”’

Well, that left Haley, who’s also a Nashville musician confident he’d return after the show was done. Nothing went public about it until People revealed that Haley said they “‘spent the night together the night before he headed to L.A. He told me [the show] was just an obstacle and we’d be stronger on the other side because of it.”’ In fact, she also revealed that Jedd told her being on The Bachelorette isn’t “real,” and that it’s just “acting.”

Jed Wyatt and The Bachelorette saga deepens after letter reveal

In our report on the fact that Jed was already dating, we asked, “Now, it’s not exactly clear why he would join the show if he was already in a relationship. It doesn’t make sense why he wouldn’t break up with Haley before he joined the show.” Well, it looks like Haley’s now thinking the same thing. We reported how he ‘ghosted’ on her. It’s like Haley just faded away out of his life.

Haley’s got her life under a social media microscope now, and The Bachelorette fans talk about her. So it seems she’s telling her side of it. She revealed a love letter Jed wrote to her. E! News carried the story. Their article shows the letter, which reads, “Haley, you’re truly an amazing person. Someday we will be thankful for all of this. You know where my heart will be. See you at the dock.” It ended with a heart emoji.

The heartbreaking portion of this love letter

The most heartbreaking thing about the letter is where Jed mentioned the “dock.” E! News revealed how hurtful that is to Haley now. She told them, “‘This was just a special secret place that we had.” The couple apparently had special memories of that secret place and he told her “‘when [she] missed him or when he missed [her], we could think about that place and the other would be there.”‘

So, for Haley, she kept thinking about the “dock” and it helped her get through. But she notes, ‘”Guess he didn’t.” What do you think about Jed Wyatt writing the letter, then leaving Haley Stevens high and dry after he went on Hannah B’s show? Sound off your thoughts in the comments below.